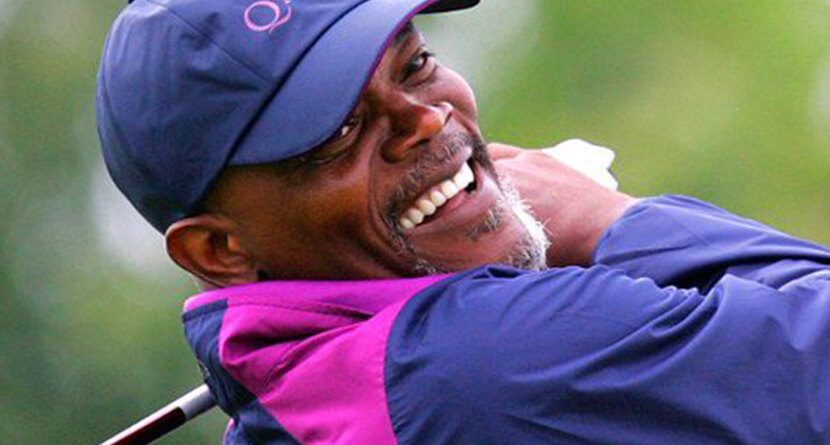 Famous golfers walk in famous circles, so it’s no surprise that Samuel L. Jackson has played in some some pretty heady golf company. From fellow actors and entertainers like George Lopez and Ray Romano to top athletes from other sports like Michael Jordan and Charles Barkley as well as a certain presumptive Presidential nominee, Jackson has an stout list of golf buddies.

Perhaps his most impressive golf story, however, was told on Wednesday’s Dan Patrick Show. Joining Dan and the Danettes to promote his new movie, The Legend of Tarzan, the topic of golf came up with Patrick asking Jackson if the avid golfer could beat the beleaguered Tiger Woods right now. Not only did Jackson say he might be able to, he said he already has and at the Home of Golf, no less.