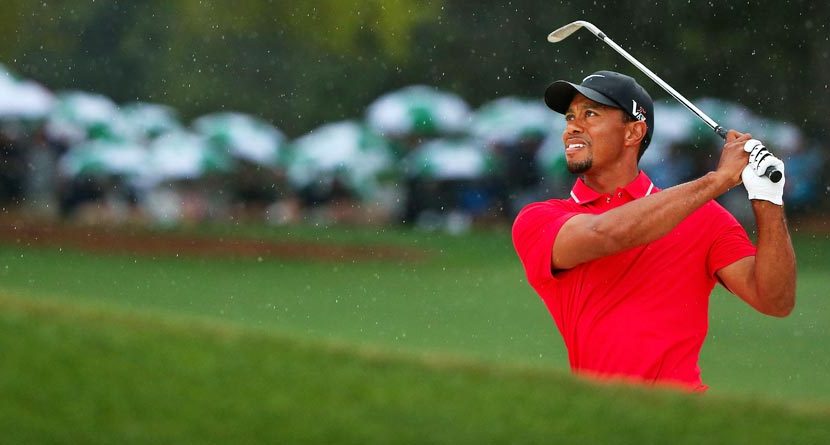 Tiger Woods says his back problems are improving and his practice sessions at home will give him the confidence needed to make a run at The Masters next month.

Woods, who withdrew from the final round of the Honda Classic at PGA National due to nagging back spasms two weeks ago, sat down with ESPN’s Tom Rinaldi before the WGC-Cadillac Championship last week to discuss his recent treatments for the injury.

“It’s better than it was on Sunday,” Woods said. “It’s been a long couple of days of treatment constantly, and it’s calmed down.”

Woods also spoke on his preparations for Augusta, where he’s won four times in his illustrious career yet finished tied for fourth last year despite a late surge in the final round.

“I think we’re going to take a more kind of a detailed look as it plays out,” said Woods. “We have to kind of tweak things a little bit and make sure I’m physically fit, healthy and explosive.”

Woods has dealt with the injury since the final round of The Barclays last year, but is determined to battle through them just in time for the festivities at Augusta, he said.

“Augusta is all about feels,” said Woods. “When I get there, I want to make sure my feels are lined up and that’s where I play my best golf.”

Woods is also in the midst of a five-year stretch without a major championship. The No. 1 player in the world, who struggled again at last weekend’s World Golf Championships to finish tied for 25, also said he understands the challenge of returning to his winning ways means putting himself in contention to do so.

“Five years is a long time in my career,” said Woods. “Half of the time I’ve put myself right there with a chance to win and I just haven’t gotten it done. It makes it understandable about how hard it is to win.”