Tiger Woods No. 21 Among Forbes’ Most Powerful Celebrities 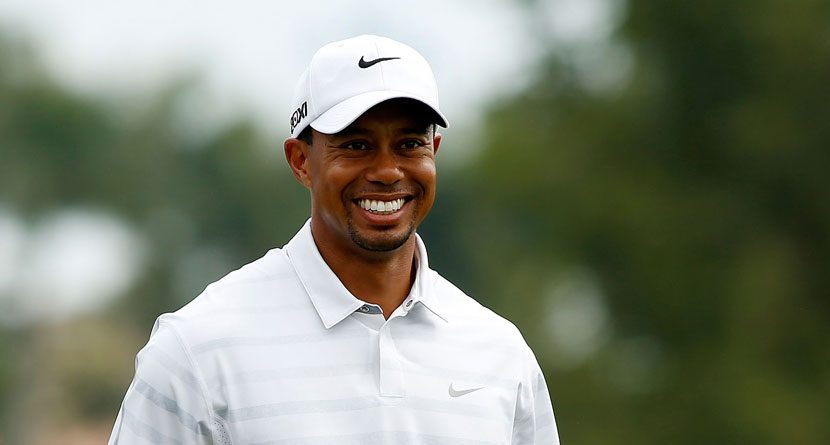 Tiger Woods made his return to competitive golf this past weekend at the Quicken Loans National, but didn’t exactly have the showing he wanted. He missed the cut for just the 10th time in his decorated career, finishing 7-over-par in his two rounds.

Although it was a disappointing week of golf for Woods, he likely woke up on Monday slightly happier than he did the previous day. At least, he should have.

Forbes debuted its list of “The World’s Most Powerful Celebrities” on Monday, and Woods’ name was on it. Woods’ dip in the rankings may come as somewhat of a surprise seeing as he was named Player of the Year on the PGA Tour in 2013. He also won five PGA Tour events in 2013, three more than any other golfer. But only one victory came after June 1, 2013. Forbes pulled its numbers from that date last year until June 1, 2014.

While most celebs would be more than happy to crack the top 25 like Woods, it’s probably not where he wants to see his name. From 2001 to 2010, Woods found his name in the top five each time. Since then, his name has fallen down the rankings every year:

Not exactly the direction he wants to be trending, but this ranking isn’t necessarily a measure of his success on the course, where it matters most. Woods is fifth among athletes, coming in behind LeBron James, Floyd Mayweather Jr., Kobe Bryant and Roger Federer.

I don’t know if we’ll ever see the day where Mickelson, or any golfer, passes Woods on this list, but it’s great to see two golfers on it year in and year out.