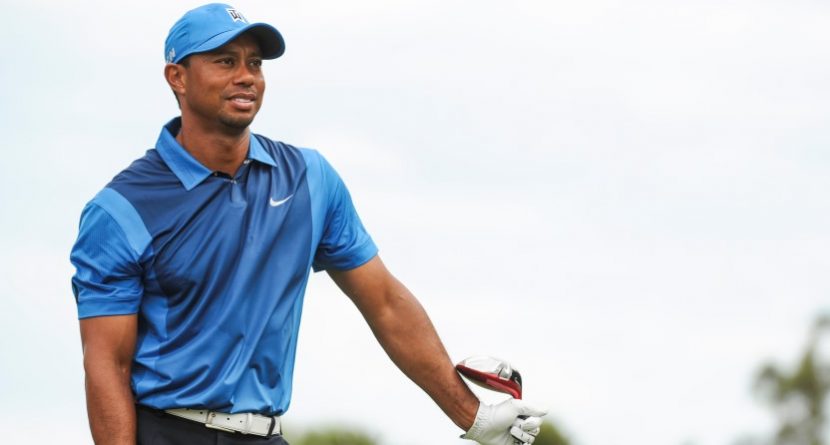 Tiger Woods is no longer the No. 1-ranked golfer in the world, and he’s no longer the richest athlete either. Boxer Floyd Mayweather has knocked Woods off his perch for the second time in three years on Forbes’ annual ranking of the world’s highest-paid athletes.

He’s the only athlete other than Woods to pass the $100 million mark, and he banked all of that solely on winnings alone, no endorsements. Mayweather collected that sum from two fights (72 minutes of work in the ring). Woods slipped to No. 6 overall, with “only” $61.2 million. Just $6.2 million came from winnings, while $55 million rolled in from endorsements, appearance fees and his fledgling golf course design business. To get to his $78.1 million total for 2013, Woods earned $13.1 million on the course and $65 million off it. His on-course earnings took a hit for 2014 because of his injuries, and his off-course profits dropped due to Electronic Arts deciding to discontinue making its video game bearing his name.

Phil Mickelson came in two spots behind Woods at No. 8 with $53.2 million. Just $5.2 million of that was from winnings, with $48 million coming from endorsements. His biggest sponsors are Callaway, Barclay’s, KPMG, Exxon Mobil, Rolex and Amgen/Pfizer.

The next golfer in the ranking was Rory McIlroy at No. 35 with $24.3 million. He earned $4.3 million from golf, and $20 million from endorsements – more than $10 million per year coming from Nike.

Due to his late-season windfall, Henrik Stenson joined Forbes list for the first time with $21.2 million, which ranked him 64th overall. Unlike the aforementioned golfers, the bulk of Stenson’s stash came from on-course earnings ($18 million). That’s what happens when you’re the first player to claim the season-long points race on both the PGA and European Tours (FedEx Cup and Race to Dubai, respectively) in the same year.

And closing out the list for golfers in Forbes’ top 100 was Adam Scott, the world’s top-ranked golfer. Scott’s earnings from the 2013 Masters weren’t included in his $17.7 million total, which ranked him 95th, but the after-effects of that win were. The Aussie collected $9 million in endorsements and appearance fees, with $8.7 million coming from his actual play on the course.