Tiger Woods On His Son: ‘He Wants to Beat Me in Everything’ 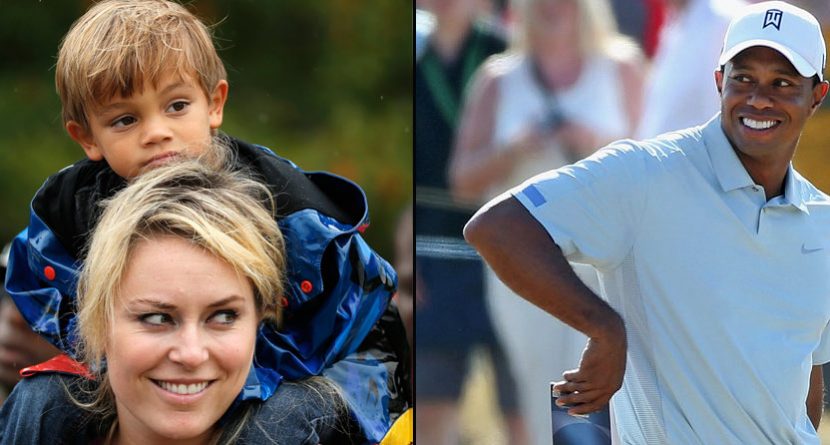 Tiger Woods spent part of his Monday outside of Boston, Mass., at media day for the Deutsche Bank Championship. Among the things he discussed included the progress he’s making with his game and his back, what the tournament has meant to the Tiger Woods Foundation, and one very interesting story about his competitive vacation.

“The past week I was with my kids, we were on a little vacation,” Woods said during a press conference at TPC Boston. “Lindsey (Vonn) and myself and the kids, we just had a blast. And I was taking them out and we hit some balls. We had a good little time.

“We toured a little bit and even played a little putt-putt — which I won every single time,” Woods said with a laugh. Apparently, however, the rounds of putt-putt got the competitive juices flowing. I guess when you’ve spent more time as the No. 1 player in the world than anyone else, claimed 14 major championships, and collected 100-plus wins around the world, you’re going to have a target on your back. Being Tiger Woods means everybody wants to beat you — including your own flesh and blood.

“I’ve got a little 5-year-old right now that is really pushing me pretty hard. He wants to beat me in everything,” Woods continued. “That said, I was able to kick his butt in putt-putt. I’ve shown him how to get it done.”

Perhaps Rory McIlroy will be passing the torch to a certain Charlie Woods in 12-15 years? We already know he’s got a great teacher — we’ve seen the results Vonn has had working with Tiger — so who knows? Maybe the Woods that Jack Nicklaus has to worry about one day will be Charlie?

If he’s anything like his dad, that’s not too crazy a thought.