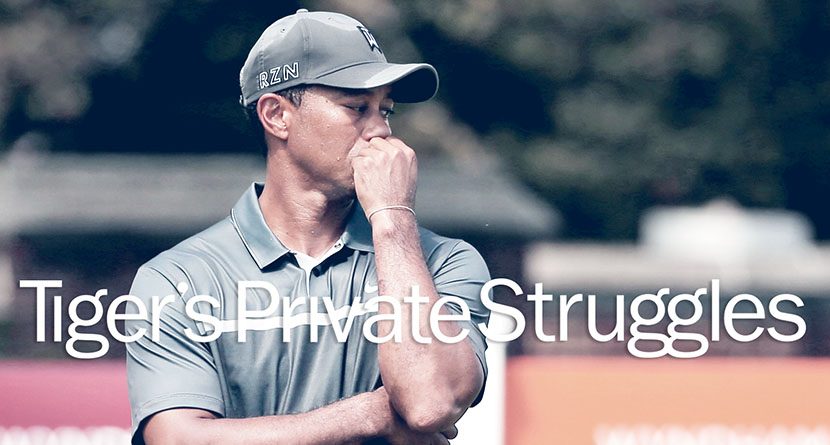 Tiger Woods is a golfer facing his own athletic mortality. While the realization of the predicament may be daunting for Woods himself, it has given his fans an interesting case study into the inner workings of their hero. On Tuesday, a subdued Woods met with the media prior to his foundation-hosted Hero World Challenge and spoke about the uncertainty that he faces going forward in the game.

The press conference was a different side of Woods than he usually exposes to the public: introspective, philosophical and even a bit fatalistic. For two decades, sports fans have wanted a better indication of what the most dominant player in the sport is truly like in unscripted moments. On Thursday, Time Magazine released the closest thing we’ve seen to an unguarded Woods, a comprehensive Q&A with respected Canadian golf journalist Lorne Rubenstein.

The all-encompassing interview bounced between Woods’ golf, his health, his personal life and his future. Truly a fascinating read for any fan of the game.

Here are a few interesting snippets:

Woods “can’t stand” watching golf unless one of his friends is in contention.

Tiger: not a fan of the media.

That story about having Jack Nicklaus’ major record on his wall? Wrong. Woods’ bad back left him alone on the ground in his backyard without help. Tiger takes responsibility for his divorce and has told his kids just that. He hopes his legacy for young kids is like that of Michael Jordan, but in the form of his foundation.