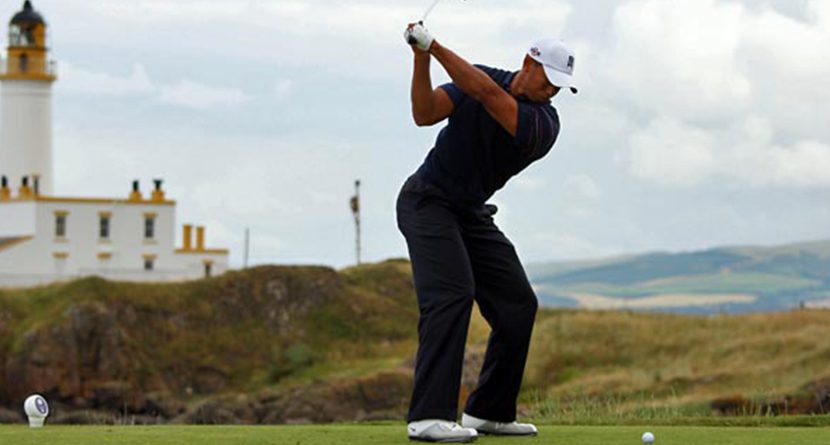 Following a Spring full of speculation, we now have another possible return date for Tiger Woods.

According to The Scotsman’s Martin Dempster, Woods has registered to play in the 2016 British Open at Royal Troon to be played July 14-17.

Three-time winner Tiger Woods has entered the Open Championship at Royal Troon even though he was unable a week ago to set a date for his comeback.

Confirmation that Woods had registered for the Claret Jug event was delivered by the R&A on the day entries closed.

It follows Woods, who has been sidelined since last August after undergoing his second and third back procedures, also having entered the season’s second major, next month’s US Open at Oakmont.

Woods’ camp has been mum since Tiger dropped three balls in the water at the Quicken Loans National media day on May 16. Woods has repeatedly said there is no timetable for when he will return to competitive golf.