Tiger Woods Says ‘Too Soon’ To Know About Masters 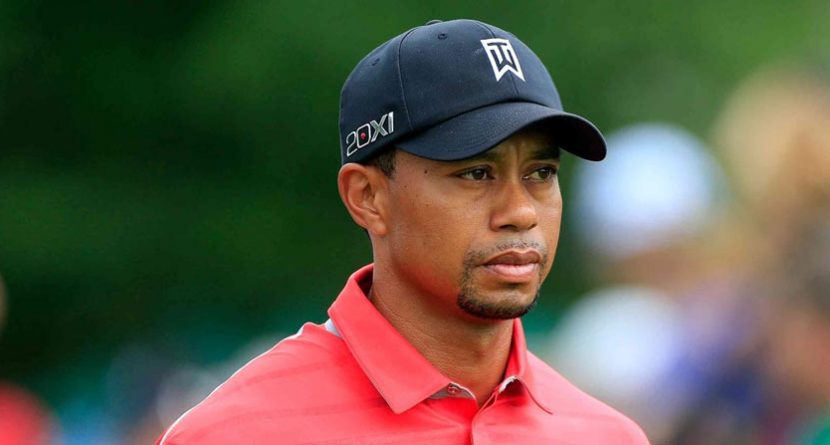 Tiger Woods said Monday that it’s still too early for him to determine if he’ll play in next month’s Masters.

The world’s top-ranked player spoke briefly about his status while announcing Quicken Loans will replace AT&T as the title sponsor for his tournament held annually at the Congressional Country Club.

“For Augusta, it’s still a little too soon, to be honest with you,” Woods said. “That’s kind of the frustrating thing about this.”

Woods’ recurring back spasms forced him to pull out of last weekend’s Arnold Palmer Invitational and also limited him to 13 holes of the final round at the Honda Classic.

Called Arnold today to tell him that sadly I won’t be able to play. Back spasms and the pain haven’t subsided. http://t.co/7F8LDAV2Ff

The injury has placed serious doubt on whether or not Woods will have a shot for a fifth Masters championship.

Should Woods actually miss the Masters next month, it would mark the first time in his career that he hasn’t competed at Augusta National.  He’s played every year since 1995. In 19 appearances, Woods has finished in the top eight 13 times, and he’s collected four green jackets.

“I had a couple weeks off, was getting treatment and trying to get ready for Augusta,” said Woods. “As of right now, it’s still too soon. As I said, that’s very frustrating.”