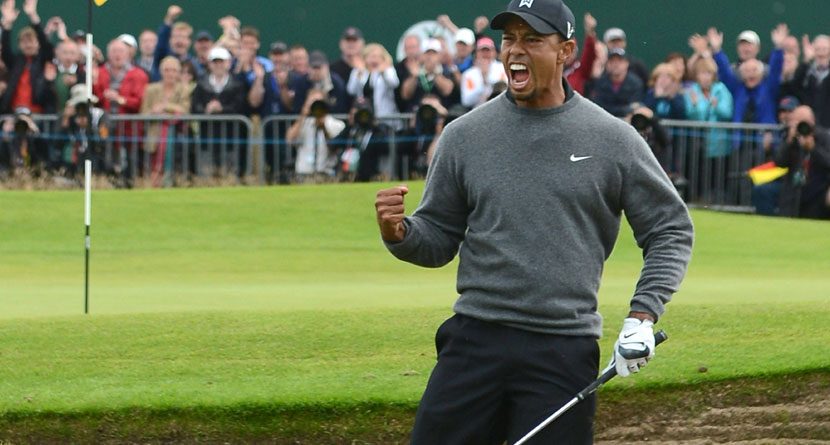 Just days removed from Tiger Woods’ surprise announcement of his return, his post-surgery playing schedule appears to be pretty limited.

Woods announced Friday that he would return to action next week at the Quicken Loans National at Congressional, the tournament he’s hosted since 2007 (previously sponsored by AT&T). After that, however, there was still speculation as to how many more events he’d play before the year’s third major, the Open Championship. According to a report in West Virginia’s Register-Herald, that speculation can now come to an end.

Greenbrier Classic tournament chairman, Jim Justice, was notified over the phone by Woods’ agent Mark Steinberg that the 14-time major champion would not be making his return to White Sulphur Springs, W.Va., this year due to doctors orders.

The Open Championship will take place July 17-20 at Royal Liverpool, where Woods won in 2006. His last competitive golf was in the final round of the WGC-Cadillac Championship at Doral where he finished tied for 25th and fired a 78, which was his highest final-round score ever on the PGA Tour. Odds are, that had something to with his back injury.

It’s still likely that Woods will be the favorite at Open Championship despite being out of action for nearly three months.