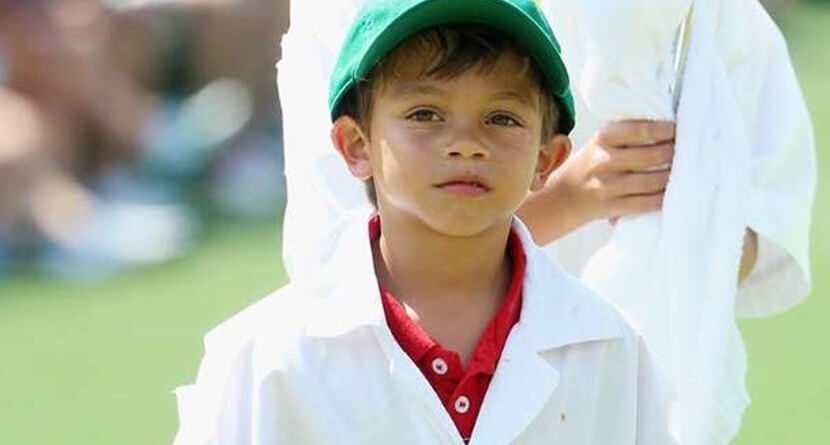 Living up to your parents’ expectations can be difficult enough, but living up to other people’s expectations when your dad is Tiger Woods is a much more daunting task. Luckily for Charlie Woods, son of Tiger and Elin Nordegren, the golf gene seems to have been passed down.


Tiger, who is hosting the Quicken Loans National outside of Washington D.C., was on hand to see his boy play and earn a second-place medal. Here’s a photo of the top-5 from the U.S. Kids South Florida Tour Facebook page. It appears it won’t be much longer before little Charlie is taking some money off of his dad on their backyard course.