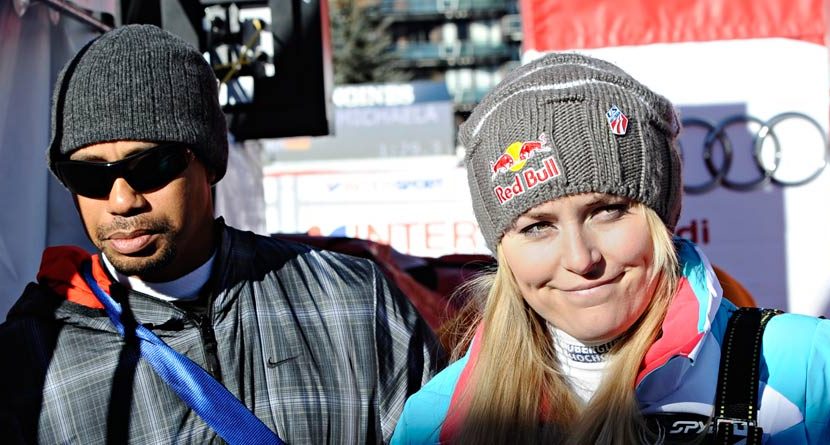 Despite the whispers of a scheduling conflict keeping Tiger Woods from supporting his girlfriend, Lindsey Vonn, at the Sochi Olympics in February, there he was waiting at the bottom of the slopes for Vonn as she competed in her World Cup event in Val d’Isere, France, on Saturday.

Vonn has had an eventful run to the upcoming Winter Olympics in Sochi, partially re-tearing one of the ligaments she had surgically repaired in her right knee last February in a crash a few months ago. And on Saturday, she felt that knee give out during her downhill run, forcing her to lose her balance and miss a gate. Vonn appeared to be in pain, but later said no new damage was done to her knee.

After the race, Vonn said she would only compete in “one, maybe two events before Olympics” in an effort to be fully rested for Sochi. After a summer of Lindsey following Tiger around the links, it looks like Tiger is returning the favor now that she’s back on the slopes. The two have been seen all over, including a night out at a Broncos game and skiing together in Colorado.