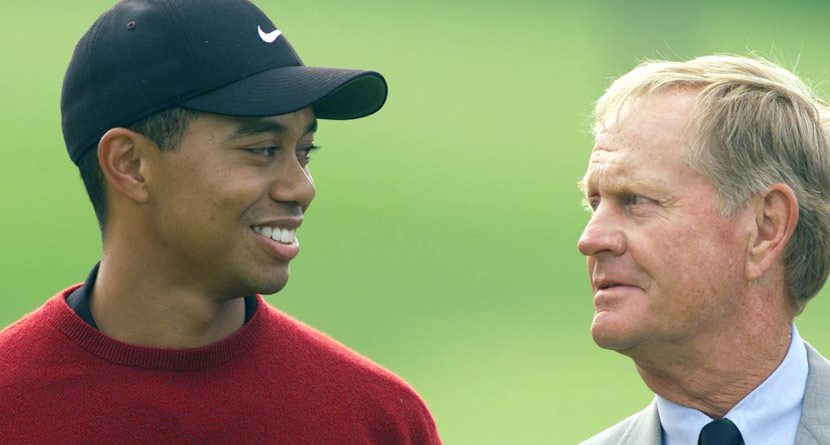 The number 15 doesn’t get a whole lot of love these days.  According to one web site, the most famous athlete to ever wear the number 15 was Bart Starr and he was at his best 45 years ago.   Thurman Munson, the Yankee great, gets some consideration and Carmelo Anthony would love to join the conversation.  Beyond that, the number 15 doesn’t represent any particularly great achievement in any sport until now.  This week at the PGA Championship the number 15 will come up a lot.

Since Tiger Woods won his 14th major there have been 14 first-time winners of major championships.  That was all the way back in 2008 when he limped on a broken leg past Rocco Mediate and won the U.S. Open.  Five years is a long time.  In this case it has been long enough for 14 players to change their careers and their lives.  For Tiger to get to 15 he will have to get past all of those players who now know what it takes to win a major and all those others who are trying to become number 15 themselves. Would it shock anyone if Brandt Snedeker won the PGA Championship this week?  Or how about Luke Donald, Lee Westwood or Dustin Johnson to name but a few.  Those are guys who are yet to win their first major and certainly part of the conversation of “best yet to win one.”

We haven’t even talked about the players who have won majors and added to their legacies since Tiger won at Torrey.  Phil, Ernie and Angel Cabrera are all multiple major championship winners, seasoned veterans and capable of taking over a golf tournament at any time.

Someone someday may be able to explain why Angel has never had a top ten in the PGA Championship.  Considering his record in the U.S. Open and the Masters it doesn’t make a lot of sense, but this is a tougher venue than most. A traditional style course with a U.S. Open feel.  Cabrera may just be primed and ready for a great week at the PGA.  Ernie Els went a decade between major victory three and four, but he too seems like a good pick this week.

Then, of course, there is that left-handed fellow coming off his victory at the Open Championship.  Phil has a game plan and motivation.  A win at Oak Hill would make Phil a virtual lock for Player of the Year, an honor that he has never enjoyed.  Even with Tiger’s five wins that include a Players Championship and two World Golf Championships, a second major for the season would trump Tiger’s record.  Heck, Tiger might even vote for Phil in that case.

Tiger is the prohibitive favorite this week coming off his performance at the Bridgestone Invitational.  How could he not be?  But the elusive 15th major championship is far less of a foregone conclusion than it once was.  Over the last two years we have seen six different people win major championships with a combined total of 15 major championships between them.

The number 15 is on a lot of people’s minds this week.  To be the 15th first-time major winner since Tiger’s last major.  Or will this become major championship number 15 for Tiger.  If he plays the way that he did last week when he blew the field away at the Bridgestone he will be tough to beat… and of course, last week Tiger shot 15 under par to win by 7.

P.S. In a totally unrelated story this week the PGA of America is allowing the fans to decide where they are going to place the flag on the final par 3 on Sunday… and of course, you guessed it, it’s the 15th hole.

Recent Link: Tiger vs. Phil Showdown Too Much To Ask For?

Other Hot Links:
– Nike Releases Scripts for 2013 PGA Championship
– Dammit Tiger, Curse Away!
– Much Has Changed Since Tiger Woods Last Won A Major