Tiger Woods To Rory McIlroy: ‘Get Your Finger Out …’ 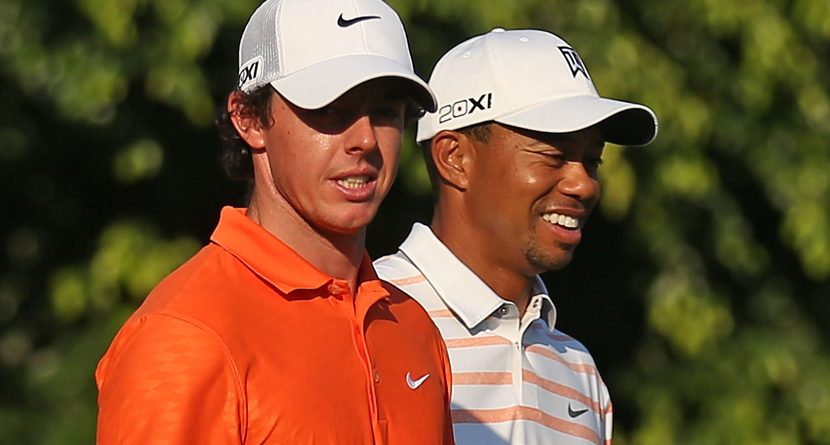 Now that Tiger Woods is back atop the world rankings, he’s apparently ready to start giving advice to the man he replaced — Rory McIlroy.

McIlroy is playing at this week’s Shell Houston Open and he’s in need of a victory, having just one top-10 finish (eighth, WGC at Doral) in the four events in which he’s played this year. He withdrew from the Honda Classic earlier this month, finished 33rd in the WGC Accenture Match Play tournament in February and missed the cut at the Abu Dhabi HSBC Golf Championship in January, a European Tour event.

According to the Houston Chronicle, McIlroy received a text message from Woods on Tuesday that was apparently aimed at firing up the Northern Irishman so he can find a victory.

“Rory McIlroy says he got text from Tiger this morning telling him to “get my finger out of my a** & win this week,” Tweeted Jerome Solomon, a reporter at the paper.

There are multiple places we could go with this one, but we’ll steer clear and let you be the judge.