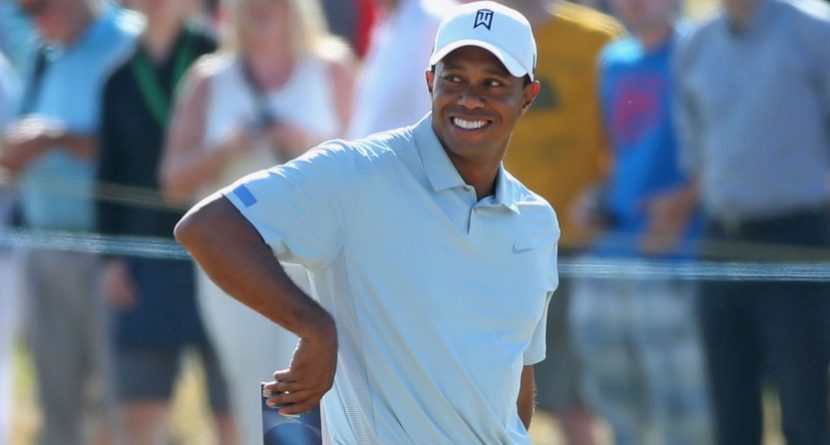 There was a point when Tiger Woods “wasn’t able to function” due to the pinched nerve in his back. On Tuesday, though, speaking at a press conference ahead of his return to competitive golf in the Quicken Loans National, he said he’s now pain free.

Woods has been out of commission after having back surgery on March 31 to alleviate pressure on that nerve in his lower back, and he hasn’t competed since the WGC-Cadillac Championship finished up March 9. But after healing fast – “I’m actually probably ahead of schedule,” he said – he’s set to return this week at Congressional.

If the tournament didn’t benefit his Tiger Woods Foundation, he said he would not be playing. Woods’ goal was the Open Championship, which starts July 17. But his strong core area prior to the operation helped speed his recovery post-operation. Tedious treatments, such as cold baths – “they’re no fun but you gotta do it,” he said – also aided his comeback. After this week, Woods doesn’t plan to compete again until the season’s third major at Royal Liverpool. He learned of some recovery methods from friends in other sports who’ve undergone similar surgeries, and he continues to realize he’s not the same, young player he once was. So he’s had to adapt.

Doctors have told Woods that the risk is minimal in coming back now as opposed to a few weeks later. Woods says his shot distances have returned and he’s back to his normal practice routines. So we should see the typically competitive player when Woods tees it up Thursday. He knows he has a lot of making up to do.

“I’m just trying to get into the (FedExCup) playoffs,” he said.