Tiger Woods WDs From PGA, Calls It Quits For 2016 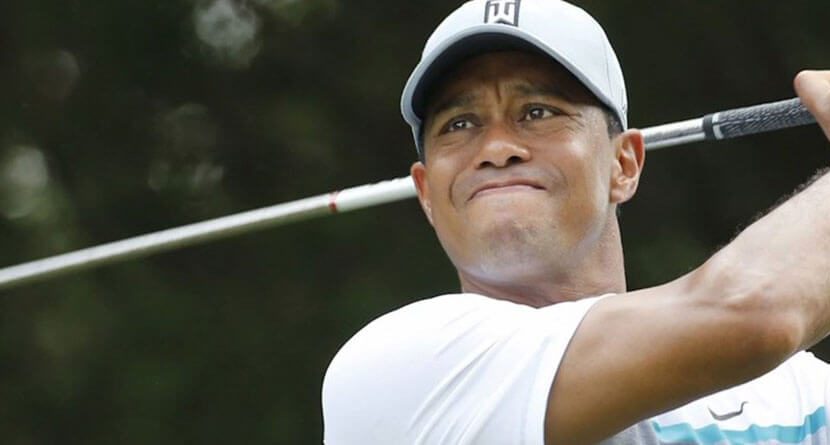 What were you doing in 1994? That was the last year that Tiger Woods didn’t compete in a single major championship. That streak came to an end on Tuesday when the 14-time major winner removed himself from the field at next week’s PGA Championship.

Tiger Woods has withdrawn from the #PGAChamp. He was replaced in the field by Harold Varner III.

The decision comes as a shock to few given the truncated PGA Tour schedule this season. With the final major of the season beginning just 11 days after the completion of the Open Championship, it would be hard to imagine much drastically changing in Woods’ world that would allow him to play at Baltusrol when he skipped the Open two weeks prior.

And in a preemptive strike, Woods’ agent Mark Steinberg told GolfChannel.com that we shouldn’t be expecting anything from Tiger in the way of playing announcements for the remainder of the 2015-16 season, which will wrap up in the next two months.

Tiger’s agent: Woods won’t play this season. “Will continue to rehab & work hard to then assess when he starts play for the ’16/17 season.”

With the season lost for Woods, we know we will see him next as an assistant captain at the Ryder Cup at the end of September and then likely not again until the Hero World Challenge in December. If there is a silver lining, however, it’s Steinberg’s wording about next season — when, not if, he’ll play again.