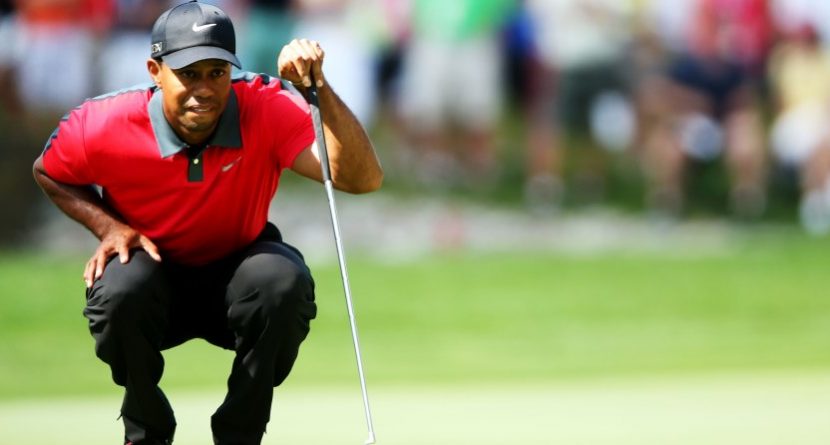 So Tiger Woods didn’t capture a major in 2013. He finished well out of contention at this year’s last major, the PGA Championship. He remains stuck on 14 in his career, four shy of matching Jack Nicklaus’ record of 18. Woods’ major-less drought will stretch to six years.

Why? Because the majors circuit will visit some very Tiger-friendly venues. And as the No. 1 golfer in the world, he’s playing too well for the slump to carry on.

Related Link – Tiger Woods and Nike: A Look Back

It’s no secret that Woods excels at certain courses. Just look at his world-leading five victories this year and how many times he’s now won on those courses: Farmers Insurance Open at Torrey Pines (seven times, and also the 2008 U.S. Open); the WGC-Cadillac Championship at Doral (two times, plus the Doral Open two times); Arnold Palmer Invitational at Bay Hill (eight); The Players Championship at TPC Sawgrass (two); and the WGC-Bridgestone Invitational at Firestone (eight).

And Woods boasts success on next year’s majors courses. The first one is obviously the Masters at Augusta, where he’s won four times in his career and owns tournament-record scores (270 for four rounds and 18-under in relation to par). He’s placed in the top 10 in all but six of the 19 appearances he’s made there.

Next up is the U.S. Open at Pinehurst. This might be the toughest venue for Woods, as he’s never won on the North Carolina course, but he has come close. He finished runner-up to Michael Campbell at the 2005 U.S. Open, two shots off the lead but three shots ahead of the trio that finished third. And Woods took third at Pinehurst’s 1999 U.S. Open, when he was again just two shots back of the winner, Payne Stewart.

From there he moves to Royal Liverpool in England. The last time the Open Championship was hosted there, in 2006, Woods collected his third Claret Jug. He finished 18-under and two strokes ahead of Chris DiMarco.

Then there’s the 2014 PGA Championship at Valhalla, the Louisville course that last put on the PGA in 2000. The winner? Woods in a playoff over Bob May.  Remember the time Tiger stroked a putt, then followed it toward the hole while pointing at it? That was at Valhalla. That putt forced the playoff and carried a pumped-up Woods on to the win.

Put him down for at least two of the four majors in 2014.

Looking at his history, we really shouldn’t have made Woods the favorite at every major this season because he’d never performed well on the courses (the Masters notwithstanding). He’d never played Merion, site of this year’s U.S. Open; he tied for 28th when the Open Championship was last at Muirfield in 2002; and he tied for 39th the last time he was at Oak Hill for the 2003 PGA Championship.

People like to argue that Woods is getting too old, he’s past his prime and there’s not enough time left to catch Jack. In truth, however, Woods is still ahead of Nicklaus’ pace. The Golden Bear collected major No. 15 in 1978, when he was 38. Woods won’t hit his 38th birthday until December, so he’ll be the exact same age as Nicklaus when he gets his next major next year.

And if you want to look past 2014, the 2015 Open Championship will be at St. Andrews, where Woods claimed titles in 2000 and ’05. In 2016, the U.S. Open visits Oakmont, where he finished just one shot back in 2007; and the PGA Championship goes to Baltusrol, where he ended up two shots back in 2005. And don’t forget the Masters at Augusta every year.

That gives Woods some pretty solid chances at catching and passing Nicklaus before he reaches his 41st birthday. Nicklaus, as you may recall, held 17 majors while he was 40. He didn’t grab that 18th one until six years later.

Tiger has plenty of time.