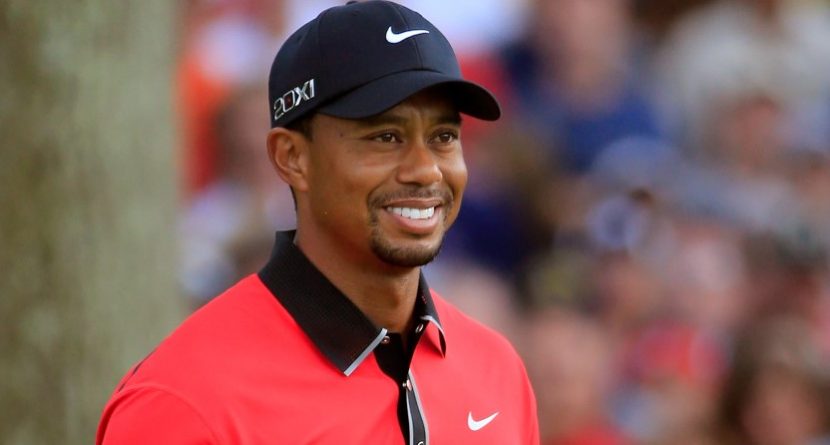 The PGA Tour members have spoken, and Tiger Woods is their man. On Friday, they awarded him PGA Tour Player of the Year for a record 11th time in his career.

Jordan Spieth, 20, also won Rookie of the Year, but there was no debate for that honor. Woods figured to have stiff competition from Adam Scott, Phil Mickelson and Henrik Stenson. The PGA Tour does not release vote totals, which were compiled through Thursday from Tour members who competed in at least 12 official money events in 2013.

Woods’ honor comes on the strength of his five victories in 16 PGA Tour starts, the most wins of anyone in the world. Though he did not secure a major, his strongest wins were The Players Championship and at two World Golf Championships events (Cadillac Championship and Bridgestone Invitational). He also claimed victories at the Farmers Insurance Open and Arnold Palmer Invitational, bringing his career PGA Tour victory total to 79, three short of Sam Snead’s all-time record.

Woods also was the Tour’s leading money winner ($8,553,439) and regular season FedExCup points leader. He ended up second in the FedExCup standings, as Stenson won two of the four playoff events to take the title.

But that wasn’t enough in the eyes of their peers to justify Stenson as Player of the Year. Neither was Scott’s Masters victory nor Mickelson’s Open Championship win.

Scott had a case considering he was the best in the world at the four majors. His aggregate score was 2-over-par, while Woods in those events was +14. Scott, the first Australian to win the Masters, finished fourth in the FedExCup race and sixth on the money list ($4,892,611).

Mickelson won three events worldwide, taking the Waste Management Phoenix Open and the European Tour’s Scottish Open in addition to his first Open Championship. But on the PGA Tour, he was fourth on the money list ($5,495,793) and ninth in the FedExCup standings.

Stenson, meanwhile, ended up second on the money list ($6,388,230) after his late-season charge in the FedExCup playoffs.

After the conclusion of the PGA Tour season with the Tour Championship, Woods earned his 11th PGA of America Player of the Year Award, which is based on points. The PGA of America also awarded him his ninth Vardon Trophy for Adjusted Scoring Average (68.985). And for the 10th time, Woods collected the Arnold Palmer Award as the Tour’s leading official money winner.