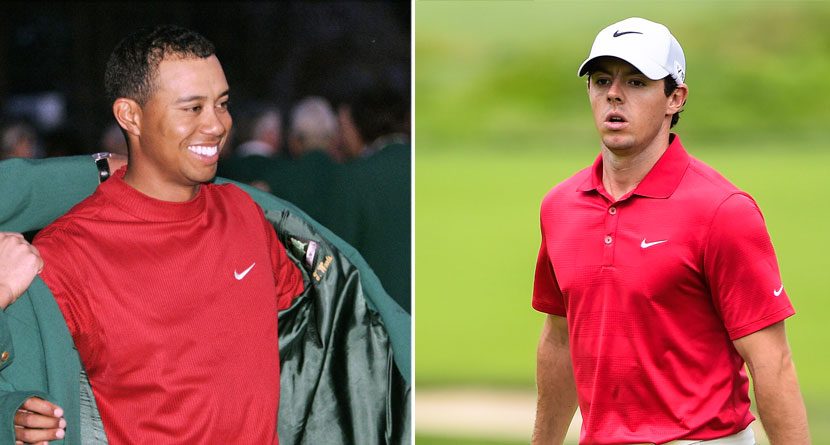 Rory McIlroy has completed three of four legs of the career grand slam, needing just a green jacket to complete it. The first time he’ll get that chance, of course, will come at the Masters in 2015.

Based on the way McIlroy is playing of late, it seems almost inevitable that he’ll get that green jacket sooner rather than later. There’s just one guy who might be standing in his way: Tiger Woods.

McIlroy said in his press conference on Wednesday that Woods told him, “I’m not going to let you win a green jacket next year.”

And while this should come as no surprise — because no golfer “lets” another win anything — it’s the idea of McIlroy and Woods battling at Augusta that gets us excited.

It’ll be great to see these two going at it once Woods is healthy again.

The only question that remains: Is it April yet?