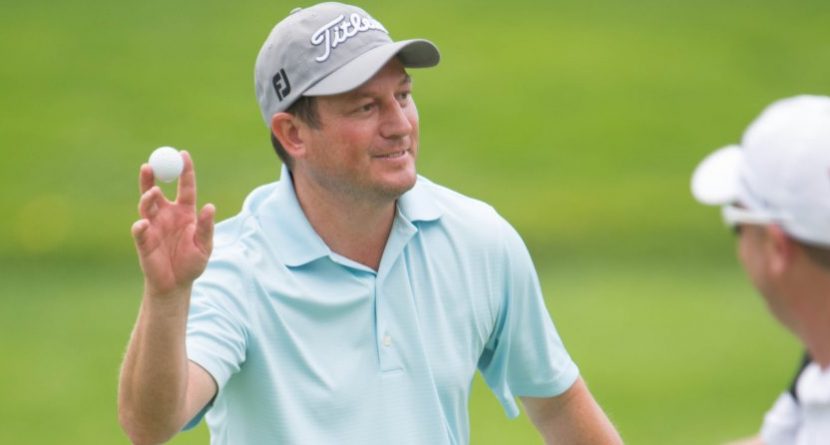 Tim Clark began the PGA Championship at Oak Hill nicely, carding a 1-under 69 on Thursday to sit just four shots back of the lead. Unfortunately, he followed it up with a 71 on Friday, and a pair of 75s on the weekend.

Plus-10 for the tournament wasn’t exactly what he was hoping for, but his final round did include the only ace of the tournament. His drive on the 226-yard par-3 11th hole bounced twice and rolled right into the hole.

Clark’s 3-hybrid gave him the first PGA Championship hole-in-one since 2010 at Whistling Straits (Tom Lehman at 17) and the second ace in as many PGA’s at Oak Hill on No. 11. Robert Allenby did the same in 2003.