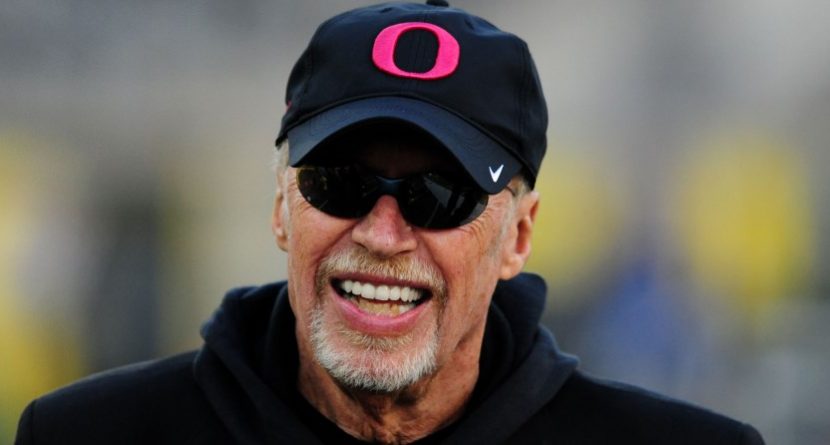 While there are plenty of golfers who make bank – and even a quartet of retired duffers rolling in dough – none are among Forbes’ “Richest People On The Planet.” However, there is one man in the elite group who has had a great influence on golf: Phil Knight.

Coming in at No. 42 on the 2014 list, which was released Monday, the 76-year-old Nike chairman holds an estimated net worth of $18.4 billion. That’s well behind the world’s richest man, Bill Gates ($76 billion), but still part of very select company. Forbes’ global wealth team found that there are 1,645 billionaires with an combined net worth of $6.4 trillion.

Tiger Woods may crack the list one day, but for now he’s simply the world’s highest-paid athlete. And by Forbes’ estimation, his biggest source of income is from Nike, which pays him more than $20 million a year.

Coincidentally, Nike golfers just enjoyed a big weekend. Rory McIlroy – whose much-celebrated signing with Nike took place early in 2013 and largely helped him move up to No. 21 on Forbes’ highest-paid athlete list, third among golfers – led the Honda Classic after three days. He was eventually caught and taken down by fellow Nike pro Russell Henley in a four-man playoff, giving the 24-year-old his second PGA Tour victory in his second year on tour.

And Woods probably made just as many headlines as McIlroy and Henley. The world No. 1 barely snuck in ahead of the cut line on Friday, and then carded a 5-under third round before succumbing to back issues that forced him to withdraw Sunday after 13 holes.

Meanwhile in South Africa on the European Tour, Nike athlete Ross Fisher won the Tshwane Open, his first victory on the tour in four years.

Surely these golfers are appreciative of Knight and the products his company has produced, and so is the University of Oregon, Knight’s alma mater. The lavishness in which the school’s sports teams live (most notably the football squad) is well-known, but Knight’s gifts extend elsewhere on campus. In 2013, he and his wife, Penelope, donated $500 million to the Oregon Health and Science University Foundation to assist in cancer research (though a stipulation came with the gift: the university must match the donation within the next two years to receive the money).

That went down as the second-largest gift of the year in the U.S., putting Knight on another elite list.