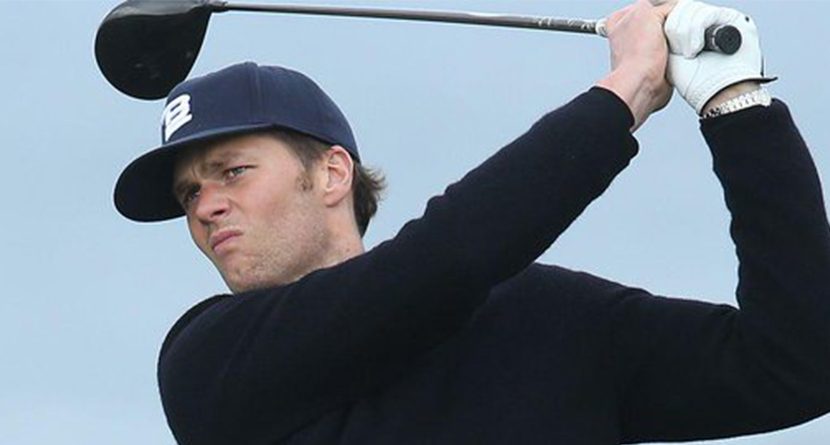 Tom Brady could very well be considered the Tiger Woods of the football world. He’s undeniably gifted, incredibly divisive and a practitioner of questionable fashion. Last week, Brady bridged the gap between football and golf when talking about his ability to complete passes down the field.

Responding to a question about his downfield prowess, Brady was told that he is completing 47.1% of his pass attempts between 21-30 yards, up from the 28.1% mark he posted in 2014.

“Really? That’s surprising to me,” Brady said. “We’ve talked about that a lot over the last couple of years, trying to make plays more vertically in the defense. I think we do a good job obviously horizontally. From behind the line of scrimmage to the goal line, I think the best offenses can really challenge you in a lot of ways. It’s great to have those 12-and-13-play drives, but it’s great to score in one play or two plays also. Again, it’s a quarterback-receiver trust relationship, trying to put the ball can make a play on it and believing that our guy is going to make a play.”

The truth of the matter, Brady said, comes back to one of his favorite offseason hobbies: golf. The difference between throwing check-downs underneath the secondary and taking the top off of the defense over the top is a very small adjustment, similar to that one would encounter during a round of golf.

“Like hitting a wedge or a driver — it’s the same swing,” Brady said. “One is just there’s a little nuance to it that’s maybe a little different. I haven’t hit the driver as well as I’ve probably hit the wedges, but if I can hit the driver a little better, it’ll make things easier on our team.”

Brady has plenty of experience on the course. The 6-handicap has played in the AT&T Pebble Beach Pro-Am multiple times and we may see him tee it up again this coming February unless his New England Patriots are preparing for another Super Bowl.