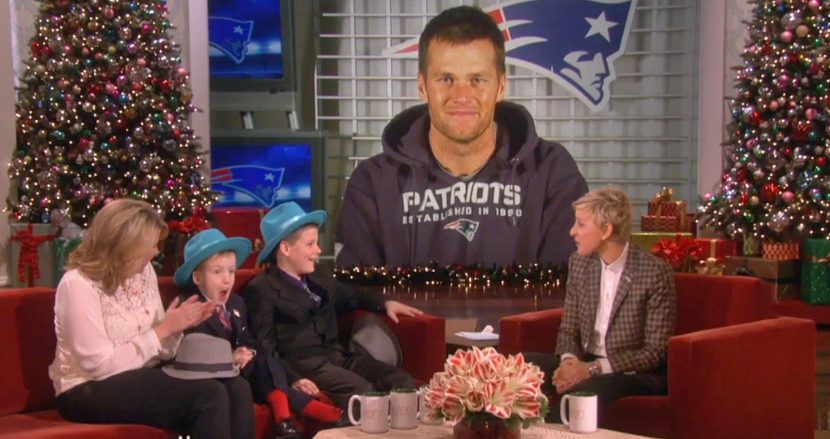 Bullying has been a hot-button issue in society for a while and has exploded into the sports media spotlight lately due in large part to the high-profile controversy involving the Miami Dolphins and Ritchie Incognito. This particular story involving bullying however, has a happier ending.

Danny Keefe, a six-year-old kindergartner with a particular style, had been getting teased by classmates at Mitchell Elementary School in Bridgewater, Mass., where he is a “water coach” for the school’s football team, the Bridgewater Badgers. The team’s quarterback Tommy Cooney didn’t approve of the bullying and he, along with his teammates rallied around Danny to take a stand.

The story, for obvious reasons, received widespread coverage which culminated with a trip to Los Angeles for an appearance on the Ellen DeGeneres Show. The two boys where surprised by one of their hometown heroes, New England Patriots quarterback and Back9 favorite, Tom Brady.

This story is a heartwarming, genuine tale about the importance of inclusion and how much good can come from it. Sure, Tom Brady probably isn’t going to give everyone who stands up for injustice field passes and Patriots tickets, but that doesn’t mean that standing up for what is right isn’t the right thing to do. And if a group of 5th graders get it, it’s a wonder why seemingly everyone else doesn’t.