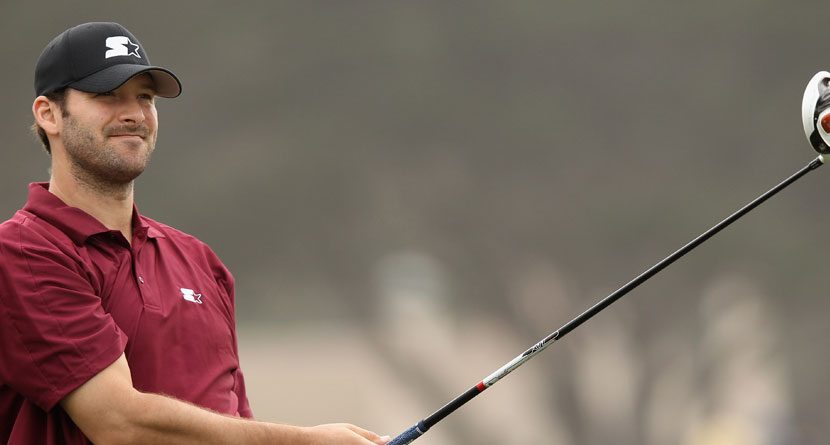 Dallas Cowboys quarterback Tony Romo was once considered one of the best professional athlete golfers, but after two back surgeries, his game is likely a little rusty. Romo hasn’t played golf since having back surgery in April of 2013, a golf-less stretch no one would want to endure.

“It’s been awhile,” Romo said to the Dallas Morning News. “Almost a year and a half.’’

Romo clearly had some talent on the course, and it showed. Romo played in the 2012 AT&T Pebble Beach Pro-Am with none other than Tiger Woods, finishing T-17 for the tournament. Now, Romo will be “forced” to push his golf game aside and focus on his day job as quarterback of the Dallas Cowboys. “You’ve got to get yourself healthy then figure out where you’re at and go from there for everything,’’ Romo said. “It’s not just golf. It’s a way you live life. I don’t think about it as [giving up] golf. It’s just life. You want to give yourself the best chance to succeed on the football field.’’

Romo is now attempting to get healthy for training camp, which begins on July 22. He expects to be cleared for full participation during camp, which is a good sign for the Cowboys. His schedule until training camp will remain golf-free, as it did a year ago.