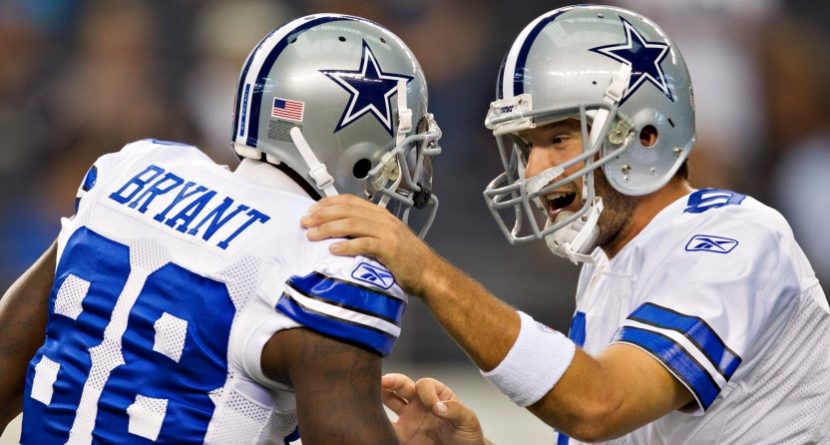 Tony Romo didn’t play competitive golf this past summer, a major sacrifice for possibly the best professional athlete golfer around. But the sport isn’t far from the Dallas Cowboys quarterback’s mind, even in the midst of a tense division battle with the New York Giants.

In his postgame press conference Sunday night, Romo addressed a couple of receiver Dez Bryant’s miscues. In the first quarter, Bryant dropped a pass that was eventually intercepted. In the fourth quarter, he fumbled, and though the Cowboys retained possession after the ball went out of bounds, they lost 20 yards on the play.

Romo said he talked with Bryant on the sideline, where a couple golf analogies helped him make his point.

“I told him on the sideline, ‘There’s nothing bigger in the game than those plays,'” Romo said. “I know he had the drop and then the other one with the fumble that obviously took us out of field position. You just have to have that mental approach to come back. It’s just like a quarterback who throws an interception, or a golfer who makes a double bogey, you just have to figure out the game isn’t over. You didn’t play all 18 holes yet. If you’re still in it, you’ve got to be able to say, ‘Alright, I’m pissed, but I’ll worry about that later tomorrow and figure that out and get better. Right now, our team needs me to play at the best that I can play on this next play,’ and Dez does a good job of that.”

Bryant responded by catching three passes on the Cowboys’ final drive, which ended in a field goal as time ran out to give Dallas a 24-21 victory.

It was cold, but we got it done. Awesome to see #CowboysNation repping all over NY. Great team win! #ThrowUpTheX pic.twitter.com/HXxQaQct5S