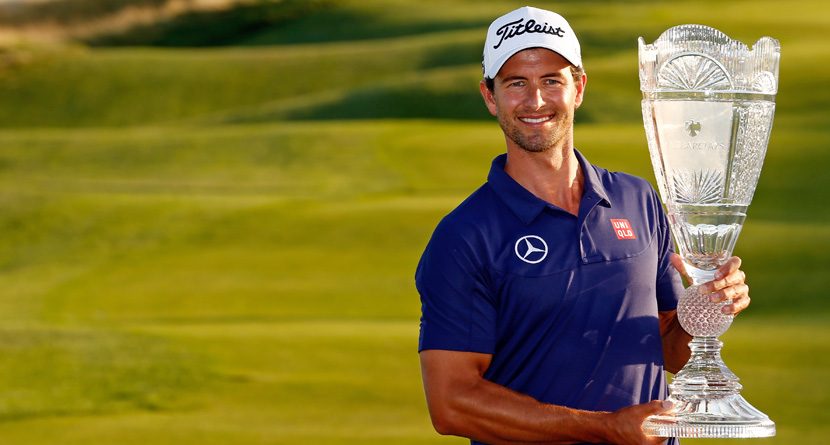 This week the top 100 players in the FedExCup point standings are expected to compete in the 2013 Deutsche Bank Championship in cooperation with EMC at TPC Boston which will  be the second of four events in the PGA TOUR’S FedExCup Playoffs.

Woods won the Deutsche Bank Championship in 2006 and has never finished lower than 11th in nine starts. Twice, he has shot 63 in the final round, and has carded par-or-better 26 of 32 times. Woods has recorded a PGA TOUR-best five victories this season, bringing his career total to 79, three behind all-time leader Sam Snead. He is the only player to win the FedExCup more than once. Woods also entered as the playoffs leader in 2007 and 2009, and went on to win both years.

Scott, who captured the Masters earlier this year for his first major title, is one of only five players with multiple wins this year. He moved up nine places on the FedExCup points list after Sunday’s triumph and has played well at the Deutsche Bank Championship, collecting five top 10 finishes, including a win in 2003.

Mickelson also has two wins this year, highlighted by the Open Championship last month. He is one of 19 players to have won five or more major titles. Mickelson won the Deutsche Bank Championship in 2007 and has produced three top 10 showings in the tournament, tying for 10th in 2011 and tying for fourth last year.

Kuchar’s two victories this year have come at the World Golf Championships-Accenture Match Play Championship and the Memorial Tournament. He will make his 10th career start at the Deutsche Bank Championship, and his best finishes were a tie for 15th in 2009 and a tie for 11th in 2011.

Rose also recorded his first major championship this year, winning the U.S. Open at Merion. He also secured runner-up finishes at the Arnold Palmer Invitational and The Barclays. This marks his 10th appearance at the Deutsche Bank Championship, where he finished third in 2003 and tied for fourth in 2006.

Rory McIlroy is the defending DBC champion. Last year, he shot rounds of 65-65-67-67 to edge Louis Oosthuizen by one stroke, joining Scott and Vijay Singh (2004) as the only international winners.

TPC Boston opened in 2002 and was designed by Arnold Palmer. Five years later, Gil Hanse and Brad Faxon did an extensive remodel that has been well-received by the players. The course measures 7,207 yards and par is 71.