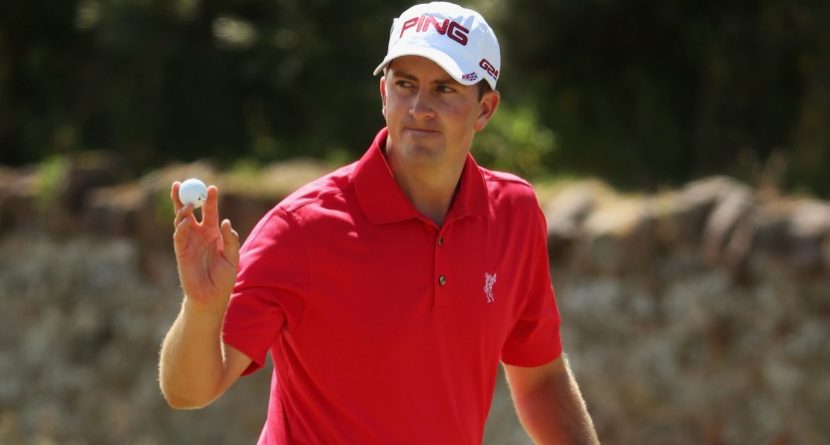 A lot is on the line this weekend in the Deutsche Bank Championship at TPC of Boston. In addition to the $8 million purse – $1.44 million of which goes to the winner – valuable FedExCup points are up for grabs, as only those who rank in the top 70 of the FedExCup standings after the tourney move on to play the BMW Championship starting Sept. 12.

But it’s also Labor Day Weekend, which means the start of college football. Just about every Division I school kicks off its season at some point between Thursday and Monday.

So there are also a lot of bragging rights at stake among the PGA pros. They may not all be college football fans, but they’ll take any chance they can get to rib their opponents. If Oklahoma State is struggling against Mississippi State on Saturday afternoon, you think Bubba Watson (whose Georgia Bulldogs play Kyle Stanley’s Clemson Tigers later that night) won’t let his buddies, Hunter Mahan and Rickie Fowler, hear about it as they cross paths?

Based on the preseason Associated Press and USA Today/Coaches polls, here are the golfers who will be in Boston and boast the most smack-talking ammo based on the prowess of their alma mater’s football team:

Related Links: How Tiger Woods Has Fared in Comebacks