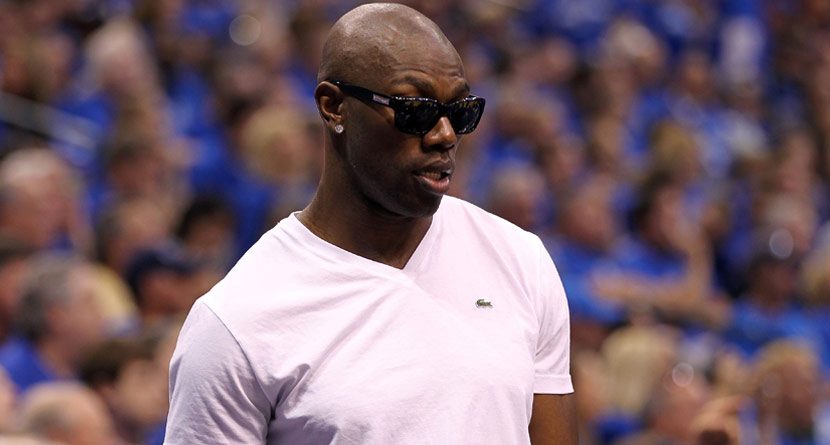 Earlier last week, the Green Bay Packers signed former two-time Pro Bowler Vince Young to a one-year deal worth roughly the equivalent of a bag of footballs. Immediately upon hearing of the deal, the sports world collectively uttered “Wha?” as we all wondered why Vince Young simply will not retire and ride off into the sunset.

Admittedly, that’s pretty harsh to say about a guy who is only 30 years old.

Professional athletes have a bad habit of not knowing when enough is enough lately, especially those playing in the four major sports. Professional golf also has a few names that constantly raise eyebrows and the occasional “I thought he was dead” remark from less-informed fans.

Here is a quick rundown of other athletes who, like Vince Young, never knew when to say when.

There may not have been another college basketball player in the history of the game (with the exception of Kwami Brown, perhaps) that had more hype surrounding his entry into the NBA than Greg Oden. Unfortunately for Oden, a flurry of leg injuries and off-the-court issues hampered his playing minutes. Still, Oden and his agents have found a way for him to stay in the league as Oden just signed a contract with the NBA Champion Miami Heat. About 20 years ago if you walked onto any golf course and shouted “Who is the biggest hitter on Tour?” everyone would agree that John Daly topped that list. You would also then be escorted off the course property for shouting things like a lunatic. Regardless, Daly was the Bubba Watson of the 1990’s. He was wild, he was a little rough around the edges, and (unlike Watson) Daly was also a two-time major winner (1991 PGA Championship, 1995 British Open).

Since that time Daly has struggled with numerous personal demons, including alcoholism and financial tribulations. Big John will still tee-it-up from time to time, but he is a far cry away from his former self. Which might not be a bad thing. As the man simply known as “T.O.” – a nickname he gave to himself, no less – Terrell Owens was simultaneously one of the most talented and disliked players in NFL history. While playing alongside Jerry Rice for the San Francisco 49ers in his early years, Owens cemented himself as a huge receiving threat in the league. However, a series of off-the-field struggles constantly got him in trouble with the law and the NFL, forcing Owens to become bit of a journeyman in the league.

After being cut by the Cincinnati Bengals in 2010 – his fourth NFL team in six years – Owens went bankrupt. He is constantly in the news as he tries for an NFL comeback on an annual basis, having most recently spent about 30 minutes as a member of the Seattle Seahawks in 2012.

While playing for the Cleveland Indians to start his career, Manny Ramirez quickly became a force to be reckoned with in the batter’s box. As a member of the Boston Red Sox World Series teams, Ramirez and his slugger-buddy David Ortiz became the Bash Brothers of a whole new generation. Then… things started to go south for the dreadlock-wearing outfielder.

His time with the Los Angeles Dodgers was basically a flop, culminating in a 50-game suspension in 2009 for violating the MLB’s substance abuse policy. After being released by the team, Ramirez spent a year with the Chicago White Sox (nothing happened) and another with the Tampa Bay Devil Rays (ditto). After spending a few years playing in Japan (because of course he would), Ramirez just recently signed a minor league deal with the Texas Rangers this season. Since that time Ortiz and Jameson have broken up (a little domestic violence charge in 2010 might have prompted the split) and Ortiz started a brief career as a professional wrestler. Despite retiring from MMA fighting in 2012, Ortiz recently announced a return to fighting and will face Quinton Jackson at Bellator 106 in November 2013.

Other Hot Links:
– 3 Golfers Who Have Hit The Lottery
– 9 Best Athlete Music Videos
– Best Tee Markers From Around the World