Top 5 Celebrities To Watch At The Pebble Beach Pro-Am 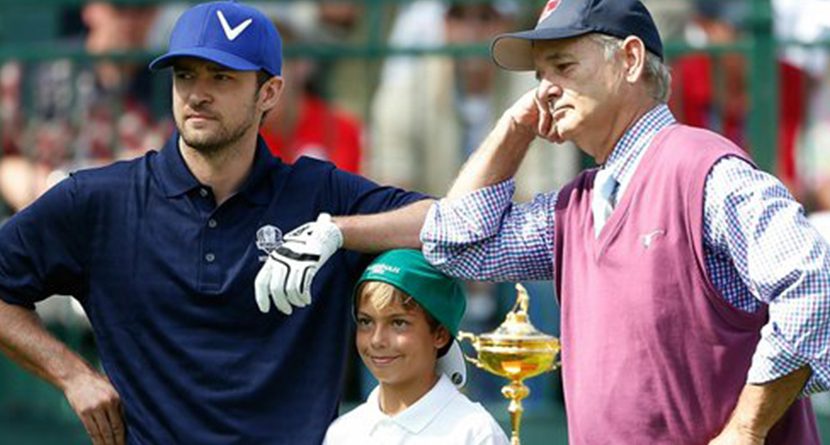 The AT&T Pebble Beach National Pro-Am is mix of business and pleasure. All 156 professional golfers in the field were paired with an amateur partner for a pro-am portion of the event. They range from movie stars to professional athletes to masters of industry and beyond, but there are tiers of celebrity in the field.

Here are five of the most interesting celebrities in the field this week.

The Toronto Blue Jays third baseman and reigning American League MVP is a solid player at a 4-handicap. Donaldson is playing alongside Jason Dufner this week.

The movie star most famous for his roles in Lone Survivor, The Fighter and The Departed is in the field this week playing alongside Bubba Watson. The real-life Vinny Chase plays to an 8.7 handicap.

The University of Michigan head man is a 12-handicap and always an interesting watch. Nearly guaranteed to be in khakis all week, Harbaugh will be playing alongside Matt Bettencourt.

Yes @CoachJim4UM is calm on the golf. Has wife Sarah on the bag this week at AT&T Pebble Beach Pro-Am pic.twitter.com/y1xhBOnCxp

The O.G. of the new era Crosby Clambake, Murray plays off of an 8 handicap alongside DA Points. Come for the Caddyshack flashbacks, stay for the typical antics, like trying to throw an iron onto the 7th green from the tee.

You never know what Bill Murray will do at the @ATTProAm. Club launch? Yep. Why not? Watch: https://t.co/2Oz07FW3OI pic.twitter.com/GvlUKWfZyN

Timberlake is playing in the Pro-Am for the first time in six years, this time with Justin Rose. Timberlake is a solid player — near scratch at this point — and may do something out of the ordinary here and there, like take a guitar from the gallery and play an impromptu concert with Carlton from Fresh Prince of Bel-Air.

Justin Timberlake blasts out of the bunker on #6 at Spyglass Hill during the 1st round of the @attproam pic.twitter.com/V45CFNaNPH