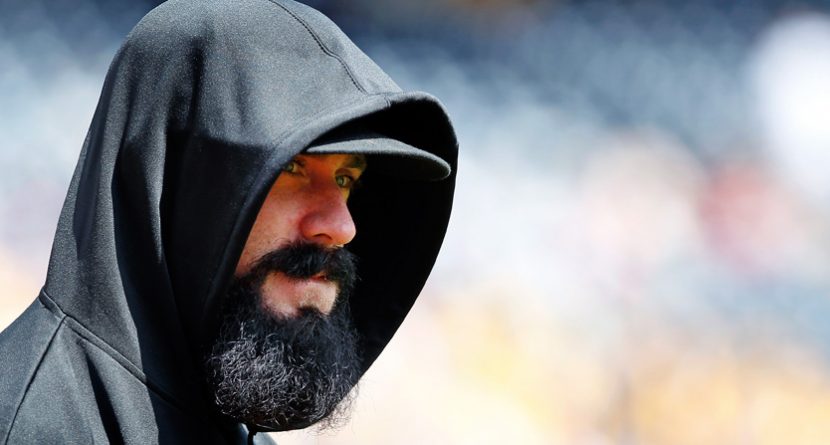 There’s no denying that professional golf could grow a personality, especially when it comes to the live televised Q&A after the round have been completed. Instead of the same stone-faced, birdie/bogey post-tournament  interviews we’ve come to expect from our Tour pros, how refreshing would it be to get something different?

Maybe something a la, Brian Wilson, the closing pitcher for the San Francisco Giants and avid disk golf aficionado. This week Wilson announced he’s signing with the Los Angeles Dodgers, which is a huge disappointment to Giants fans like myself. So in the spirit of all the deliciously uncomfortable moments “The Beard” has given us on live television, let’s all get weird and enjoy the top 6 most awkward Brian Wilson moments:

During the 8th inning of Game 2 of the NLCS, Wilson may have been out for the season due to Tommy John surgery, but that didn’t stop him from tickling the ivories atop teammate Clay Hensley’s head in the dugout. Two remarkable things about this: not only did Brian Wilson paint his nails, he also got no reaction whatsoever from Clay Hensley.

If you don’t feel like you want to leave the room immediately at least a half-dozen times during this interview, you’re not a human being. Brian Wilson does an 18 minute-long interview with Chris Rose of Cheap Seats on Fox Sports, and trust me, it is well worth every second. Bonus points to Chris Rose, who you can tell was thinking “where do I go with this” after almost every response.

What Exactly Got Left In?

In 2011, Showtime featured Wilson in its baseball documentary, “The Franchise.” The result was an outtakes montage of bizarre free association where Wilson talks about everything from pancake houses, to portholes into other dimensions, to free masonry.

During post-game interviews, we find out a lot about what Brian Wilson does when he’s not playing baseball — including jigsaw puzzles and carpet laying.

Brian’s Beard is an Enchanted Forest

Then there’s this seamless transition from talking about baseball to what is growing inside of his beard.

After a while, you get the impression that Brian Wilson will only humor you if he likes you, forcing the reporters to ask stupid questions like “Do you go to Taco Bell” and unknowingly be the pawn in his mental chess game.