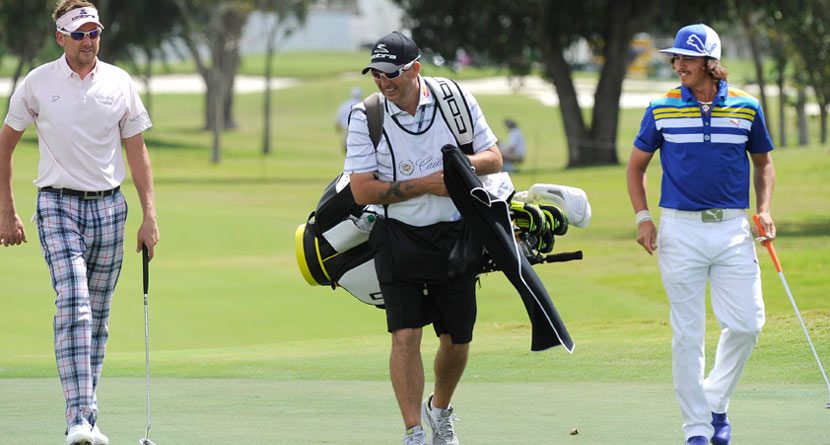 The PGA Tour moves up the east coast of the U.S. this week for the Travelers Championship at TPC River Highlands in Cromwell, Conn.

Over the last handful of years, the tournament has reinvented itself as a fan-friendly destination for some fun golf.  TPC River Highlands is short, measuring just 6,841 yards, but the par-70 track offers a challenging closing stretch of four holes that all bring low and high numbers into the equation.

Considering it’s the week after a major championship, the tournament enjoys a stout field, including these eight big names. The headliner this week turns out to be the guy that won last week. Newly crowned U.S. Open champion Justin Rose will play in the Travelers Championship despite a busy 72 hours after winning his first major at Merion.

Rose could have easily backed out off this commitment, citing something like fatigue, and no one would have batted an eye. However, don’t expect much from Rose because it takes a lot out of a guy to win a major championship. The 2012 Masters champion isn’t playing his best golf this season, but the man from Bagdad, Fla. loves TPC River Highlands. He made it the site of his first PGA Tour win in 2010, a victory that catapulted him to bigger things.

Watson averages a touch under 67 shots per round in his last 20 trips around the Travelers host course. Mahan may have stumbled down the stretch at Merion, but he wasn’t the only one. After being in the cauldron of major-championship contention at the U.S. Open for the first time, Mahan comes to a place where contending is almost second nature.

Mahan has a win, a T-2 and a pair of other top-four finishes in 11 Travelers starts.  If he has anything left in the tank from chasing fellow Sean Foley pupil Justin Rose, he should do well. No one has ever shot 62 in a men’s major championship. Going into the U.S. Open, a lot of people — myself included — thought it was a possibility at Merion. It didn’t materialize, but, on Sunday, Jason Dufner came the closest. Were it not for a drive O.B. at No. 15, Dufner may have challenged the magical major single-round score.

Instead, he settled for a second-consecutive T-4 in the U.S. Open. We’re sure he’s just thrilled about that. The Englishman may have been overshadowed by his fellow countryman, Justin Rose, being the first from that country to win the U.S. Open since Back9Network ambassador Tony Jacklin did in 1970, but Westwood posted a solid T-15 finish.

The former world No. 1 hasn’t finished outside the top 10 anywhere in the world since March. Expect that to continue at a ballstriker’s ballpark. The erstwhile defending U.S. Open champion will get to play his first tournament since ceding that title to Justin Rose. Simpson has never missed the cut at the Travelers, but hasn’t sniffed a win either. He ranks in or near the top 30 in most major scoring categories on the PGA Tour, which should bode well for him this week.

Shy of the Deutsche Bank Championship, this is as close as it gets to a homecoming for Keegan Bradley. The 2011 PGA champion has five top-10 finishes on the season, but is coming off a missed cut last week at the U.S. Open. It’s a special week for Bradley, too, who will be playing close attention to friend, roommate and high-school teammate Jon Curran, who was given an exemption into the Championship by tournament officials. Bradley could play some inspired golf this week. All of the Golf Boys are in Connecticut this week! (Yes, even Ben Crane, the oft-forgotten fourth member of the group.)

Consider it a bit of a reunion, as Fowler will be making his first start in this tournament since 2010, before the band was even a thing. (It began officially at the 2011 U.S. Open at Congressional.)

Coming off a T-10 finish at Merion, aided largely by a Saturday 67, Fowler should be riding high.