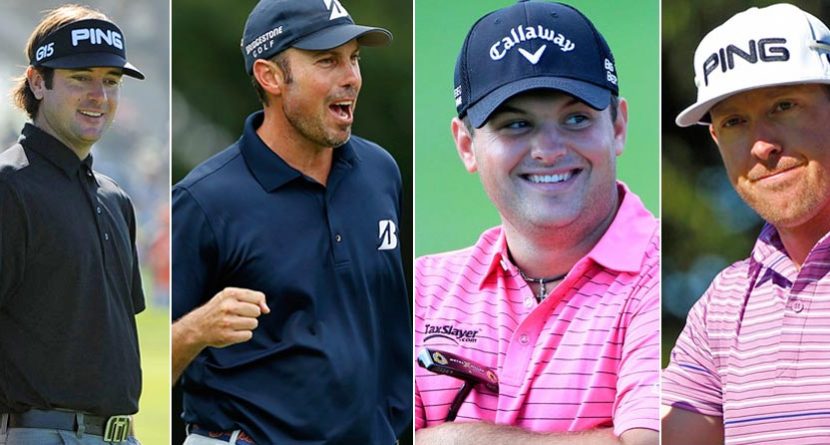 The 2014 Travelers Championship is three months away, yet seven of the PGA Tour’s top players have already committed to participating in the annual event at TPC River Highlands in Cromwell, Conn.

Watson, who won this event in 2010 for his first-ever PGA Tour victory before following that up with a win at the 2012 Masters, is off to a strong start this season. In nine events, the southpaw has picked up a victory at the Northern Trust Open and finished tied for second place at the World Golf Championships-Cadillac Championship and Waste Management Phoenix Open. His biggest victory on the season came at Augusta National when he picked up his second green jacket by shooting a final round 69 to win the Masters.

Mahan will appear at TPC River Highlands for the 13th consecutive time, having racked up five career wins and seven second-place finishes on tour. Mahan this season already has four top-10 finishes.

The 23-year-old Reed is on a roll, having recently won the WGC-Cadillac Championship for his third career PGA Tour victory. Reed is also poised to make a run at this year’s FedExCup, where he currently sits second in the standings. He joined a short list of men that includes Tiger Woods, Phil Mickelson, Sergio Garcia and Rory McIlroy to have won three PGA Tour events before turning 24.

Duke, the reigning champion, returns to the Greater Hartford area looking to defend his title. Last year’s victory was the first of Duke’s professional career in his 187 starts on tour. Duke has made the cut in eight of nine starts this season with two top-25 finishes. The Travelers Championship will mark Duke’s sixth consecutive appearance in the event.

With eight PGA Tour wins, Johnson will be making his third appearance at the Travelers and first since 2009. He finished tied for 34th at the event in 2008 before he withdrew in 2009. Johnson already has a victory this season, having captured the WGC-HSBC Champions event last fall. He is currently ranked third in the FedExCup standings and ninth in the Official World Golf rankings.

For Kuchar, this will mark his eighth appearance at TPC River Highlands. He’s won six tour events in his career and his best finish in Cromwell was a tie for eighth in 2012.