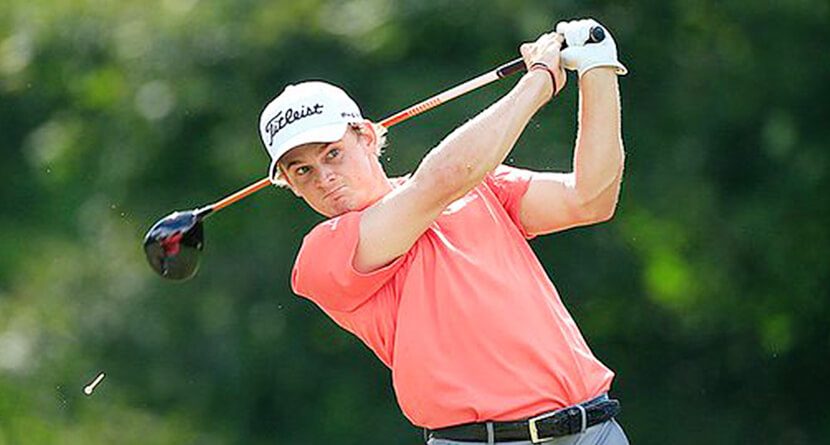 University of Alabama product Bud Cauley got back into contention this past week at the AT&T Byron Nelson after an arduous comeback from shoulder surgery. Cauley ended up tying for fourth place and cashing over $260,000, which more than doubled his on-course earnings to this point in the season.

However, that paycheck could have been much bigger, as Ryan Ballengee at Golf News Net pointed out, if an amateur videographer-slash-golf fan didn’t feel the need to record Cauley punching out on the par-4 ninth hole on Sunday. After pulling his second shot long and left of the green, Cauley had to hit a recovery shot from a tree outline while fans hovered dangerously close to his line of play.

As it turns out, one of those fans was trying to make a memory and caught a Titleist on the back of the hand for his troubles.

Friend of a friend having a great time at the Byron Nelson @PGATOUR until @BudCauley comes thru.. pic.twitter.com/GEllkKkBxO

Cauley carded a double-bogey on the hole. The fan left with a sore hand and a good story.

sorry to the guy i squared up on 9 yesterday. promise I wasn’t aiming for ya.. hope it’s not broke!