U.S. Open Odds: Bettors Have A Crush On Jordan Spieth 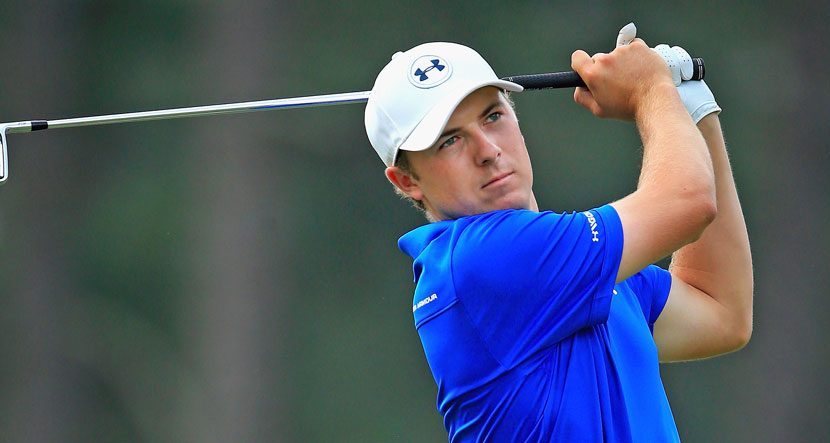 Bettors described as “public” have a crush on Jordan Spieth.

At the LVH SuperBook, more bets have been placed on the youngster to win the U.S. Open than on any other golfer in this week’s field.

“It’s like that every week,” said Jeff Sherman, a golf odds specialist and assistant manager at the SuperBook. “He’s one of the guys that the public loves, the up-and-coming golfer. The sharps, however, bet against him in the weekly matchups. That’s been the trend with Spieth. The sharps play against him in the matchups, while the public is enthralled with him and bet him in the future book.”

Spieth, who has two seconds, but no wins this season, was sitting at 20-to-1 to win the U.S. Open entering the week. He is paired against Matt Kuchar in the individual tournament matchups at the LVH. Kuchar was a slight -120 favorite over Spieth (even).

While Spieth had received the most overall bets, the golfer who has attracted the most money at the LVH won’t even be teeing it up this week at Pinehurst No. 2. Sherman said “thousands” of dollars were bet on Tiger Woods to win the U.S. Open, before he officially ruled himself out on May 29, while recovering from back surgery.

“He always commands the largest wagers no matter what his odds are,” said Sherman, who had Woods listed at 25-to-1 in mid-May. “He’s one of the only guys that people come up and bet thousands and thousands on. We’ll get a dime ($1,000) on Adam Scott at 12-to-1 or something like that, but not multiple big bets, like Tiger.”

All money wagered on Woods will be refunded at the LVH, but rules vary from book to book.

Among active players in the field, Kuchar (20-to-1) and Jason Dufner (30-to-1) had attracted the most money.

“I don’t see any reason to deviate much off that,” said Sherman, who set the winning score prop bet at over/under 279.5 or -½ under par. “I think they (USGA) try to set up the courses with a target of around even par (for the winning score). I was wavering between one-half-over or one-half-under for the winning score. The chance of a rain main made me lean toward one-half under.”

There is as high as a 60 percent chance of rain Thursday through Sunday at Pinehurst.

— Phil Mickelson (15-to-1), who finished second to Stewart in 1999, is listed behind only Rory McIlroy (10-to-1) and Scott (12-to-1) on the LVH’s U.S. Open oddsboard. Mickelson, of course, has been named in an insider trading investigation, first reported two weeks ago, that includes professional Las Vegas sports bettor Billy Walters. Sherman said Mickelson, whose odds have not changed since news of the FBI’s investigation surfaced, is still receiving “decent” support.

— Masters champion Bubba Watson has seen his odds shrink over the last few weeks. Watson was 30-to-1 at the beginning of May. He began this week at 15-to-1.

— Sherman said Woods’ absence did reduce handle on the Masters slightly. He added that the U.S. Open handle was on pace to equal about one third of the Masters handle, which is pretty standard.

Here’s the full offering of odds, matchups and props at the LVH for this week’s tournament.