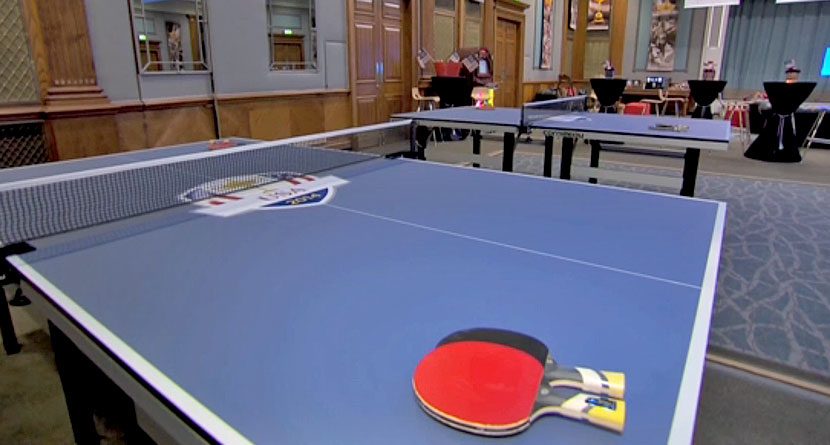 Playing in the Ryder Cup is a huge honor for any golfer who’s given the opportunity to do so. Representing your homeland in competition is something every player dreams of, and that’s without taking into account the awesome benefits, as well.

Along with attending the Ryder Cup gala, receiving the best gear, and being cheered on by thousands of insane fans, the team rooms for each squad are top notch.

For Team USA, there are pingpong tables, a sauna and even a jukebox. It looks incredible.

Here’s a tour of the place:

I’m not saying it’s hard for these guys to leave to go play golf, but I wouldn’t say they’re uncomfortable there, either.

Knowing how competitive golfers are in pingpong, I’m sure there are a few tournaments each day. And I wouldn’t doubt there’s been a little Golf Boys (minus Ben Crane) recording session on the jukebox.