Understanding the Changes to the Rules of Golf 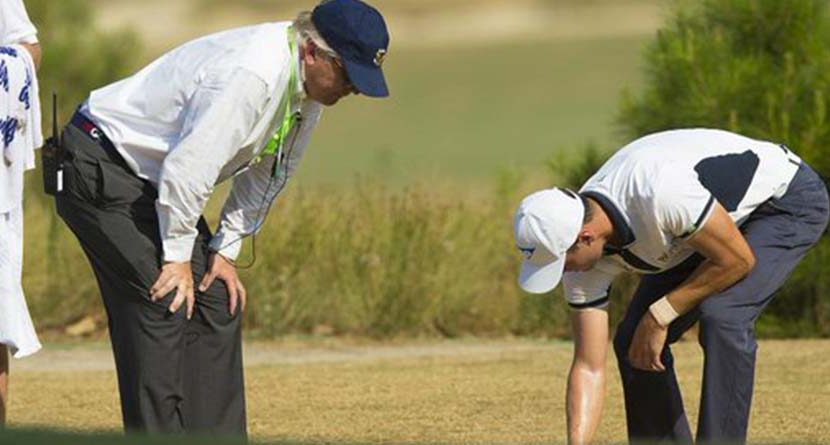 The USGA and R&A announced on Monday four significant rule changes that will go into effect on Jan. 1, 2016, headlined by the much-discussed anchoring ban. And while the ban will be the most recognizable modification from the 2012 edition of The Rules of Golf, the three other changes act as proof that common sense is prevailing among the governing bodies.

Here’s a look at the rule changes, an explanation of what’s different and a visual of how it affected some of your favorite players in the past.

1. Rule 18-2b (ball moving after address) has been withdrawn. Perhaps the best change to go into practice in 2016 is the removal of the automatic assessment of a penalty for a ball moving after a player addresses it. Previously, the rule read, “If a player’s ball in play moves after he has addressed it (other than as a result of a stroke), the player is deemed to have moved the ball and incurs a penalty of one stroke.”

Here’s the previous rule in action:

What has changed is the assumption of fault. Previously, only if it was “known or virtually certain” that the player had not caused the ball to move he or she was free and clear. Now, the assumption shifts in the player’s favor. Unless the ball moves as an obvious result of the player — ie. he or she nudges it with their club — there is no longer a one-stroke penalty.

2. Exception to incorrect scorecard disqualification. Scorecard gaffes are not uncommon on the professional ranks and likely would be much more prevalent in the amateur game if it were policed as closely, but this change gives everyone a bit of a break. Call it the “Tiger at Augusta Rule.” Previously, if a player signs for a score on a hole that is lower than what should have been recorded, by rule, he or she would be disqualified. Tiger was not because of a committee decision, which basically led into this new iteration of the rule.

Under the new revision, if a player incurs a penalty unknowingly — that’s the key word — and therefore signs for an incorrect score, he or she will no longer be disqualified. Instead, if the player did breach the rules, he or she would retroactively have the penalty assessed, plus another two strokes for the scorecard error.

Using the Woods example and the alteration to the rules, Woods would have carded a 9 on No. 15 at the 2013 Masters. The 6 that he made should have been upped to a 7 for taking an improper drop and then bumped up to a 9 for the 2-stroke penalty that comes with signing an incorrect scorecard as a result of an unknown breach.

3. Modified penalty for first use of impermissible devices or equipment. The use of outside agents such as swing aids or slope-reading rangefinders used to be an automatic disqualification. If we’re naming these rules, this one is the “DA Points Rule.” Points used an outside agent, a swing aid ball, on the 18th hole of AT&T Pebble Beach Pro-Am in 2014. The only course of action for rules officials under the current set of rules was disqualification.

Effective Jan. 1, however, the new writing of Rule 14-3 allows for a one-time slip up. If a player uses an illegal swing aid, instead of the automatic DQ, he or she incurs a two-stroke penalty in stroke play or a loss of hole in match play. As it pertains to slope- or wind-reading rangefinders, previously the use of the equipment got you DQ’d immediately. Now, so long as you don’t access those features, you’re good to go.

4. Introduction of Rule 14-1b. This is the anchoring rule. Whereas you were previously allowed, players no longer can anchor a club directly or by creating your own anchor point. Broomstick and belly putters are still allowed to be used, but they can no longer be anchored.

One distinction worth noting is the creation of an anchor point. These anchor points are created by moving the club away from one’s body, but still anchoring it by digging your elbow or forearm into your body to create an anchored point (as shown on the right side of the prohibited section).

The 2016 #RulesofGolf have been released. Here’s a look at the changes. Full details: https://t.co/E9tstWWazM https://t.co/sk5YkYjzEy