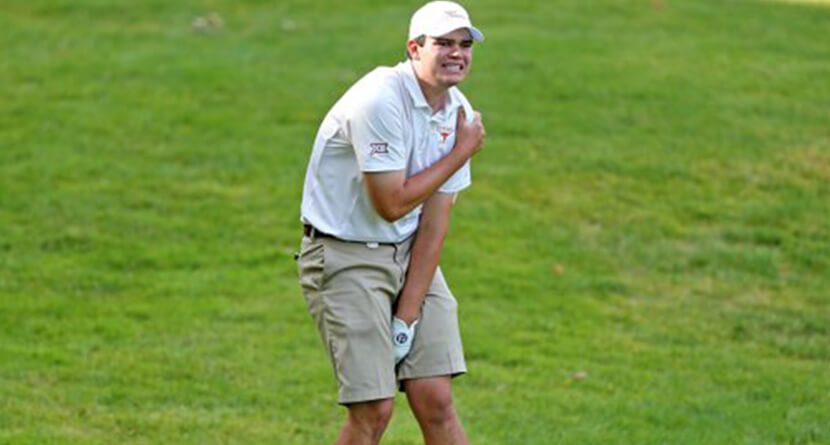 Golf has seen its fair share of injury triumphs throughout history. From Tiger Woods at the 2008 U.S. Open to Ben Hogan returning to the game after being hit by a Greyhound bus, snicker all you want, but some golfers are part of that special breed of athlete who never say die.

We can officially add University of Texas junior Beau Hossler to that list of insanely competitive and tough players. Playing in his semifinal match against Southern California at the NCAA Men’s Championship on Tuesday, Hossler made a swing trying to reach the par-5 15th in two when it appeared his left shoulder gave way. With a berth in the finals on the line, Hossler continued on making a few more painful swings en route to an insane up-and-down out of a greenside bunker from which Hossler played out with a putter.

It seems securing the win was only half the battle, however. Per NCAA rules, Texas can only compete with the five players they played previously, meaning Hossler is slated to play in Wednesday’s NCAA finals match. If he can’t play, he will forfeit the match to the University of Oregon and Texas will have to win three of the four other matches to claim the National Title.