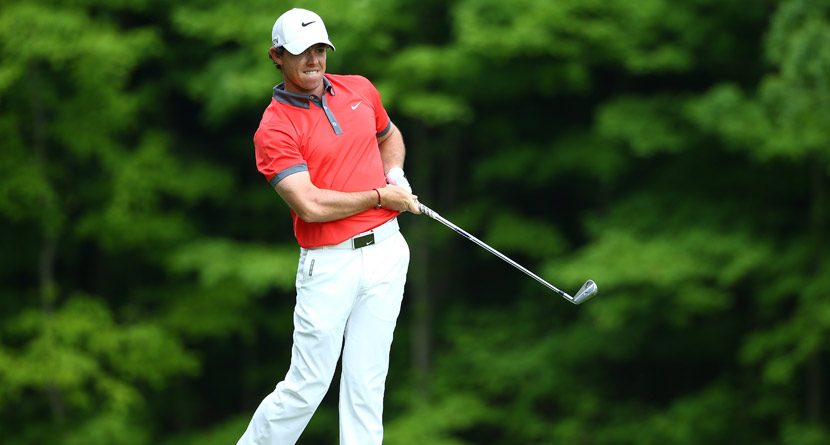 Rory McIlroy continued his strong play during the first round of the Memorial Tournament, following up his win at the BMW Championship with a 63 on Thursday. En route to his opening 9-under, McIlroy also “twerked” on the seventh hole. And there’s video evidence:

As you can see, he actually tweaked his knee during his approach to the seventh green, but after his round, McIlroy said differently.

“Honestly, I don’t know. I felt it on my second shot on seven today. I think my foot might have got stuck in the ground a little bit and I ‘twerked’ my knee a little bit,” McIlroy said. “I’ll go and have treatment on it now and have the physio look at it.”

It’s a common mix-up, right? Saying “twerk” instead of “tweak?” We’ll give him the benefit of the doubt and say he meant the latter.

However, this isn’t McIlroy’s first experience with “twerking,” as evidenced by this little-known holiday video we unearthed nowhere: