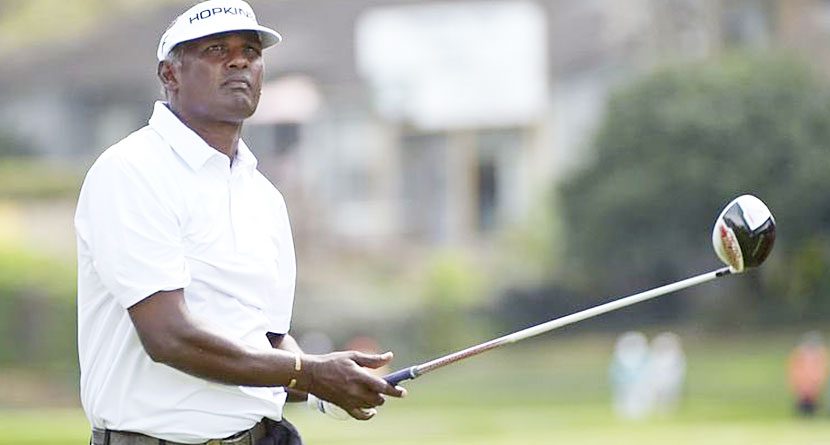 Golf courses, by their very nature, are close quarters. A simple look around at most courses and you see adjacent fairways, tees and greens. With that in mind, it’s amazing that we don’t hear more stories like we did yesterday at Royal Troon. Hitting off of the seventh tee, Vijay Singh pushed a drive on the dogleg right par-4 that went screaming towards the 8th green. American Marco Dawson was finishing up on the famous Postage Stamp when his caddie, William Ciplinski, was struck in the head by Singh’s errant drive.


Dawson’s caddie, William Ciplinski, was struck in the head by Singh’s tee shot and had to be taken to a nearby hospital after about 20 minutes.

Fortunately, the tournament’s caddie master Pete Maffey said Ciplinski was awake, sitting up and talking, which is a good sign after a scary accident.

This is Dawson’s first ever appearance at the Open Championship, so it’s safe to say he would like to enjoy it with his caddie. Hopefully he’ll be OK and will recover quickly enough to get back on Dawson’s bag ahead of Thursday’s first round.

The pictures out of Troon looked bad, but reports are that Ciplinski will be back on the bag when the first round gets underway Thursday.

A stray drive by Vijay Singh in today’s practice round sent a caddie to the hospital: https://t.co/0pIuZDoyuS pic.twitter.com/LEUuuv1gm8