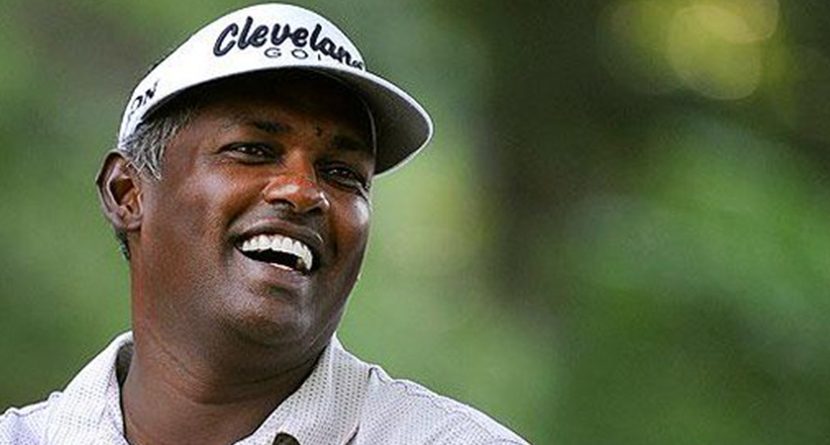 Vijay Singh’s lawsuit against the PGA Tour — remember that? — claiming that the Tour’s temporarily-imposed suspension on the three-time major winner for using a banned substance was detrimental to his reputation and thus hurt his ability to make money made its way back into the public eye last week when more than 130 filings were posted to the public record on Nov. 5.

Among the information made public were email correspondences, press releases, media stories, a PGA Tour newsletter and deposition transcripts, albeit heavily redacted.

For a refresher, the lawsuit centers around Singh’s use of deer antler spray during the 2013 season. In a Sports Illustrated story, Singh admitted to using the spray, which contains IGF-1, “a natural, anabolic hormone that stimulates muscle growth.” IGF-1 was on the PGA Tour’s banned substance list — as adopted from the Prohibited List set by the World Anti-Doping Agency (WADA) — and Singh’s admission of use was considered the equivalent of a failed test. Basically, the way the PGA Tour handled Singh using the spray was tantamount to pouring beer over his head and calling him drunk.

It was later clarified by WADA that deer antler spray was not illegal because it didn’t contain active IGF-1. The PGA Tour took two months to clarify that claim and Singh’s suspension was dropped in late April. Singh is suing to prove the PGA Tour employs varying, subjective treatment of enforcement and to recoup damages that he says were lost because of a tarnished reputation that stemmed from having his name dragged through the mud.

One light tidbit was released in the deposition, however: Singh was being questioned about a 2011 newsletter that included a blurb about deer antler spray being placed on the banned list. Singh said he didn’t remember the exact newsletter per se and only heard about it when he talked to Jason Dufner. Singh then relayed the story of how Dufner came to learn about deer antler spray’s inclusion on the banned list.

“(Dufner) said it was accidental how he read it,” Singh said. “He was sitting in a can having a you-know-what and (The Greensheet — the PGA Tour’s newsletter) was laying on the floor so he picked it up, and he was surprised that it was on it.

“He said if he hadn’t been in the can at that moment in time, he’d have never known that it was (on the banned list).” The two sides are now arguing over the perceived subjective enforcement of the Tour’s anti-doping policy, any damages Singh should receive for the defamation of his character — of which he points specifically to his endorsement contract with Cleveland Golf not being renewed — and the general competency of the PGA Tour’s anti-doping enforcement.

Both sides have filed motions for summary judgement, but according to Sports Illustrated legal analyst Michael McCann, that portion is simply part of the song and dance prior to trial. Should the judge rule in favor of one or the other, the loser will undoubtedly appeal, therefore rendering the judgement useless, he said.

“Neither Singh nor Tour executives likely wants to be part of a high-profile trial where they’d have to answer tough questions while under oath,” McCann said. “At some point they’ll probably agree on settlement terms that neither side will love but both will find acceptable and preferable to continuing to litigate.”

Singh has set his sum for resolution at $5 million. If McCann proves correct, he likely won’t get the full asking price. Yet, having earned nearly $70 million in on-course earnings over the course of his career and even more off of it, it makes you wonder if he feels slighted enough to see this thing through at the expense of exposing some of the PGA Tour’s dirty little secrets.