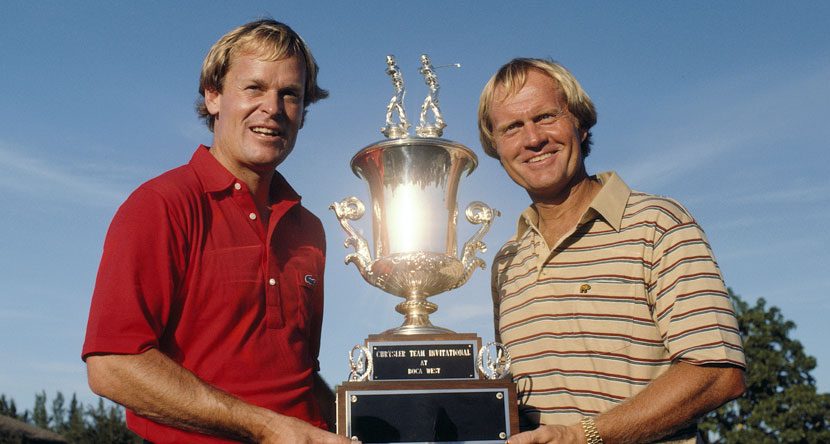 Every so often Johnny Miller will say something during his golf coverage or in an interview that makes me want to jump off a cliff. Some of my readers may be in favor of that. Regardless, Miller is full of more hot air than the Goodyear blimp.

That’s why it’s always nice to see Johnny get put in his place, especially when it’s done by none other than Jack Nicklaus.

Back in August 2010, Nicklaus and Miller were paired together in a golf tournament at The Golf Club at Harbor Shores, a Nicklaus-designed golf course that hosts the Senior PGA Championship this week. Miller was faced with a 102-foot putt (obviously after a stellar approach shot), which included a number of bumps and dips leading to the hole. Miller wanted to chip the ball despite being on the putting surface.

Nicklaus took exception to the idea, preferring for Miller to not take a divot out of his putting green. Miller insisted that the putt was impossible otherwise.