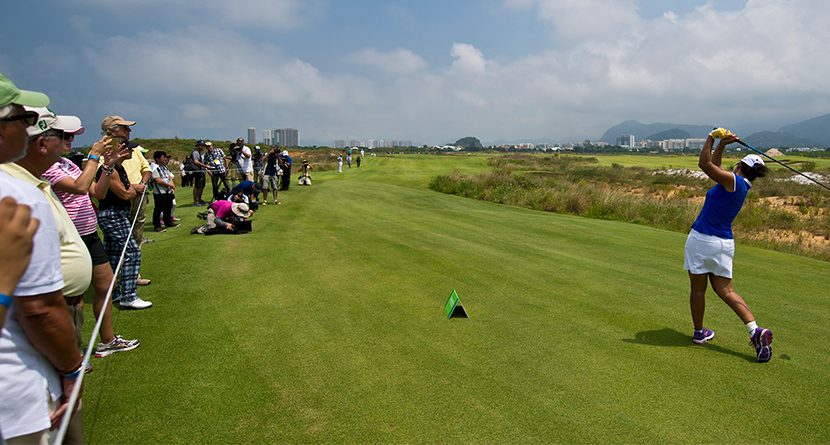 The 2016 Olympics are sneaking up on us quickly and golf’s reintroduction to the Games has been less-than-ideal. From big-name stars taking themselves out of the running to a former World Anti-Doping Agency chief declaring that the sport has a doping problem, golf’s return to the world’s largest sporting stage has been marred by controversy.

On Wednesday, a little more gasoline was tossed on that fire when WADA released its 2014 Anti-Doping Rules Violation Report, which contained information that six violations of doping had taken place at International Golf Federation-sanctioned events.

Golfers from France, Italy, South Korea and South Africa were sanctioned for unspecified violations of World Anti-Doping Code, of which the IGF, the organization recognized by the International Olympic Committee as the official world governing body for golf, is a signatory.

The PGA Tour, it should be noted, does not fall under WADA’s mandate, so none of those samples could have originated from Tour-administered tests.

Italy was the biggest offender, with three golfers sanctioned, two of whom tested positive for a prohibited substance and a third who was caught through non-analytical means.

“The report shows us that as well as sanctions derived from urine and blood testing, there are a significant number of ‘evidence-based intelligence’ rule violations,” Nichols said. “This goes to show that we no longer just rely on scientific testing in anti-doping, and there is an increasing number of ways for dopers to be caught. This sends a strong message to those contemplating doping.”

Drug testing for the 2016 Games will commence on May 6. The WADA-sanctioned tests are much more stringent than those employed currently by the PGA Tour.