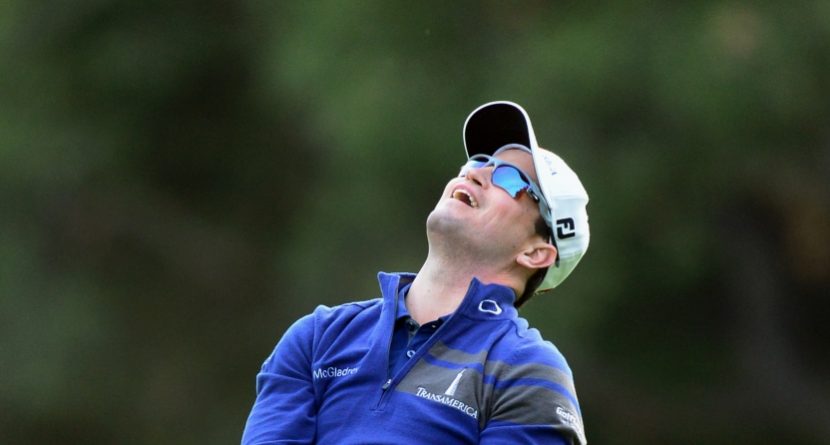 A lot of big football games this weekend. And for December, some great golf too. Here’s a trip around the greens:

Zach Johnson stuns Tiger at Tiger’s tournament
The Northwestern Mutual World Challenge is an invitational benefitting the Tiger Woods Foundation, and the tournament’s host boasted a two-shot lead going into Sunday’s final round. But rather than walking with a sixth victory this year, Woods watched Zach Johnson turn in one of the greatest shots of the year. For just the fourth time in his career, Woods did not win after taking at least a two-shot lead into the last round. Johnson collected $1 million for the triumph, his second of 2013.

Lydia Ko collects first pro win
For those who may have questioned 16-year-old Lydia Ko’s recent decision to turn pro, your argument – however much of one you may have had – is now completely bunk. She won two LPGA events while still an amateur, dropped that non-pro status in October, soon thereafter received a waiver to join the LPGA Tour before the normal age limit, and two weeks after making her professional debut, Ko picked up her first professional victory. She won the Swinging Skirts World Ladies Masters on Sunday in Taipei, Taiwan.

Miguel Angel Jimenez continues to be awesome
The Spaniard will hit his 50th birthday next month, yet he can still swing with the best of them. Jimenez captured the Hong Kong Open on Sunday, his fourth title from this event, and it betters his mark of being the oldest winner ever on the European Tour. The lover of wine, cigars and stretching sank an 18-foot birdie putt on the first playoff hole to deny Thailand’s Prom Meesawat and Wales’ Stuart Manley.

19-year-old crushes field at LPGA Q-School
Our girl Cheyenne Woods endured a tough week – she missed the 72-hole cut in the third and final stage of LPGA Qualifying School – but Jaye Marie Green’s week was far from the same. The 19-year-old finished an astonishing 29-under-par through the five-round event, which made for a 10-stroke victory and broke Stacy Lewis’ 90-hole mark of 18-under from 2008. Green and the next 19 golfers after her earned their LPGA cards, while the next 26 players received conditional membership.