Were Those NBA Draft Hats Inspired by Jesper Parnevik? 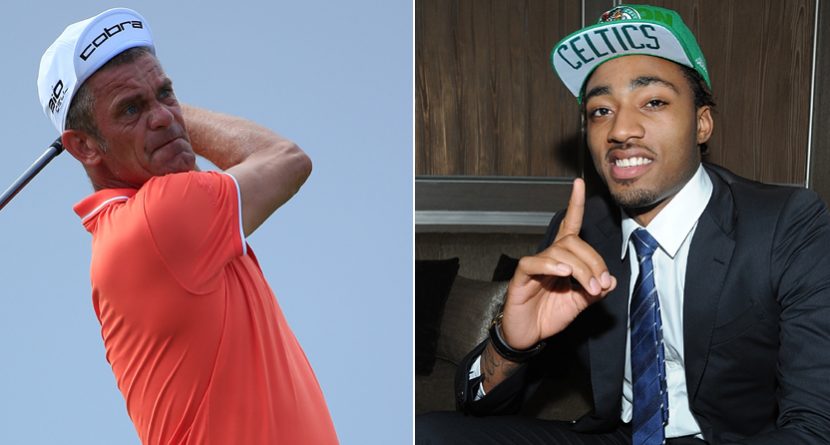 Didn’t those hats the NBA gave its draftees Thursday night look familiar? They looked like they were straight out of the 90s, right? We know retro is all the rage with the kids these days, so where have we seen those hats before?

Yep. Jesper Parnevik. The Swedish pro who starred in the 1990s and never stopped sporting the flipped-up brim. He’s now 49. Here are some of the newest members of the Association: Who do you think wears it better?

Other Hot Links:
– Back9Network Launches On DIRECTV Sept. 29
– You Could Help This LEGO Golf Cart Become Reality
– ‘Netflix of Golf’ Will Solve All Your Problems
– Andy Murray: I’ve Never Lost a Game of Golf for Money
– The Fringe: Tiger & Lindsey Star During Busy Week in D.C.
– Cold Blooded: Amazing Alligator Fight Breaks Out on Golf Course