What If…Golf Elected an Ambassador? 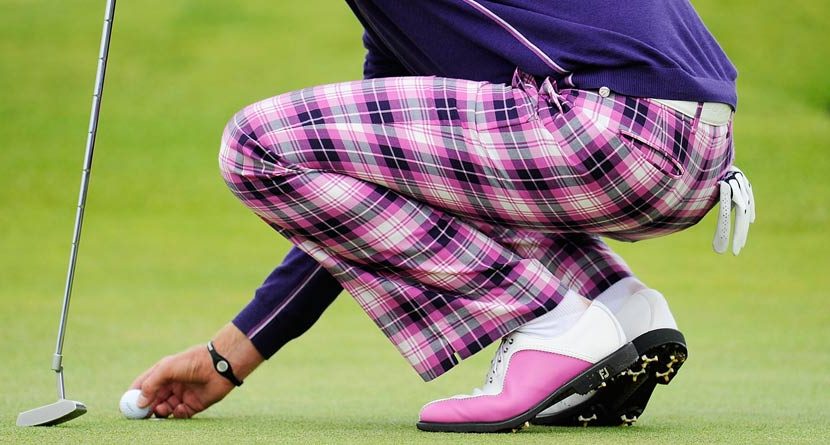 Picture this: it’s 2016 and the anchoring ban is about to take effect. Maybe.

The folks from the USGA are staring across a boardroom table at PGA Tour commissioner Tim Finchem. The two groups are at an impasse — the USGA is ready to ban anchoring and the Tour refuses to oblige. But then a loud burp comes from the corner of the room.

A slightly disheveled man in a polo shirt and Loudmouth pants looks up over his Bud Light can.

“My constituents have spoken,” the Ambassador says. “Ban it.”

Someone hits a gavel and it’s decided: anchoring is banned.

What if this wasn’t just a strange fantasy of mine but, instead, a real scene? What if we the people voted in our own Golf Ambassador—with more power than either the USGA or the PGA Tour?

After all, neither organization represents us, the average players. It’s one of the supreme ironies of the anchoring debate that 99 percent of the golf community has not had their official say. The USGA’s mission is to represent every golfer, but it’s led by golf insiders and routinely holds its flagship event, the U.S. Open, at extraordinarily private courses. The PGA Tour is the elite, both in skill and economics—they don’t represent the average golfer any more than Donald Trump represents the average homeowner.

So why not rise up and demand representation in making the Rules of Golf? The major golf organizations already derive their strength from us. If we stop watching golf on TV, tour purses could instantly shrink. If we stop attending the U.S. Open, see ya, USGA. The 450,000 people of Wyoming get two United States senators—so the nation’s 25 million golfers should be able to get one lousy golf ambassador.

What does the Golf Ambassador look like? He or she is average in ability—maybe a 15 or 20-handicapper at best. The Ambassador enjoys a drink or three during the round. The Ambassador likes new technology, likes giving everyone access to golf and is ready to keep the best traditions of the game going strong.

But the changes—oh, the changes. The anchoring ban would go through, of course, since 60 percent of serious golfers support it and a mere five percent (not 20) of players even use long putters or belly putters. But other than that, we cut the rulebook in half. No more penalties when your ball moves a fraction of an inch, even if you caused it. No more stroke-and-distance for when you hit it out of bounds—just go up there and take a drop. That’s what we all do anyway.

Golf is ready for an ambassador, ready for the people to step up and demand a seat at the table. Don’t tread your metal spikes on me, PGA Tour! No bifurcation without representation, USGA! (I’m still working on slogans. Give me time.) We’re the people who keep golf alive—and our Ambassador is about to crack open a brewski and get to work.