What If…All Golfers Were Miked? 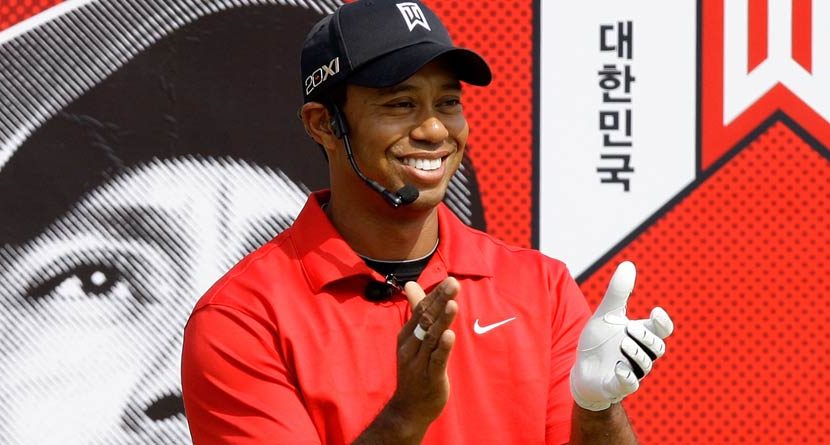 During the second round of the 2010 Masters, Tiger Woods was beginning the comeback from the scandal that had shaken his career. He stood on the sixth tee and, after mis-hitting his shot, he yelled, “Tiger Woods, you suck!”

In one moment, because a microphone captured his words, Tiger revealed more about his mental state and the condition of the game than any post-round interview ever could.

This little glimpse into Tiger’s mind made the whole story better, not worse. If anything, it made us sympathize with Tiger rather than simply demonizing him. So for the sake of the fans and for the sake of golf, what if every player was miked up at all times?

Yes, I’ll acknowledge right away that PGA Tour commissioner Tim Finchem would hate this idea. He goes to great lengths to make sure that nothing negative about his players ever comes to light. So this wouldn’t be a purely positive thing. We might (gasp!) hear some curse words once in a while. But the PGA Tour ads say “these guys are good” and having them miked up will only show us just how good they are.

There are a few other benefits I see from catching all player conversations on record:

There’s no reason this can’t happen now. So stop worrying about live leaderboards, PGA Tour—let’s hook up some live mikes.