What To Watch This Weekend: Golfing All Over The World 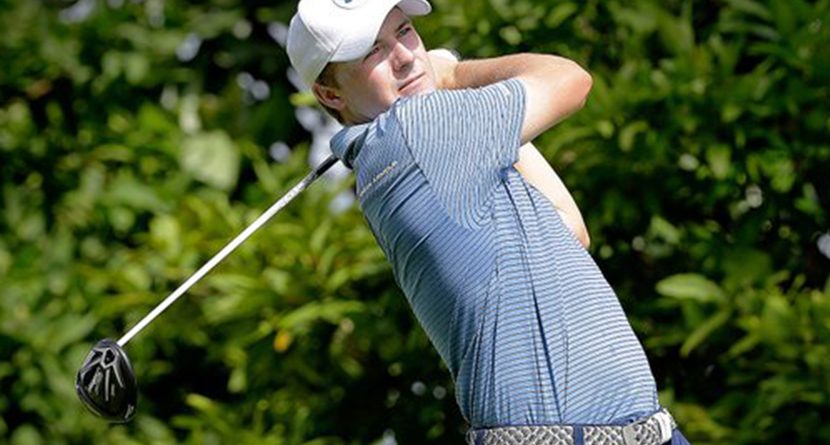 Even as the PGA Tour gets into its first relevant swing of the season on the West Coast, there are a number of top golfers dispersed around the globe playing the game. While Jason Day, Rickie Fowler, Dustin Johnson and Justin Rose are at Torrey Pines, the likes of Sergio Garcia, Branden Grace and Louis Oosthuizen are in Qatar, World No. 1 Jordan Spieth is in Singapore and the LPGA is kicking off its season in the Bahamas.

With no worthwhile NFL games taking place this weekend (sorry, Pro Bowl) and a smattering of solid college basketball games on the docket Saturday (Buddy Hield vs. Ben Simmons may be worth a second screen), golf fans should rest assured that there will be no threat of FoMO this weekend. Truly, the most compelling sporting event of the entire weekend is happening in Australia in the middle of the night.

Let’s dive in to your viewing schedule.

The Tour is kicking off its West Coast Swing in earnest this week at Torrey Pines in San Diego for the Farmers Insurance Open. The best field of the season has come together to play an iconic and scenic venue on the cliffs of the Pacific Ocean. Jason Day is making his mainland debut despite dealing with flu-like symptoms. Rickie Fowler is back Stateside after his win in Abu Dhabi. And other big names like Dustin Johnson, Justin Rose and Patrick Reed are in the field making this seem like one of those other unofficial starts to the golf season.

Coverage will be shared by Golf Channel and CBS over the weekend with GC handling the early-round action on Saturday and Sunday from 1-2:30 p.m with CBS taking the reigns from 3-6 p.m. on Saturday and adding a half hour of coverage on Sunday, 3-6:30 p.m.

A handful of household names are kicking off their European Tour schedule this week at the Commercial Bank Qatar Masters this week, including Garcia, Oosthuizen and the sneaky really good Grace. The Euro Tour’s Middle Eastern swing is always good for some late-night channel surfing.

Broadcast coverage of the final round airs on Golf Channel from 4-8:30 a.m. on Saturday morning.

Where in the world is Jordan Spieth?

Answer: Singapore, cashing a fat appearance fee check. Word on the street is that Spieth collected a £2 million appearance fee in Abu Dhabi last week, which translates to a cool $2.9 million. While it’s doubtful the worn out Spieth is getting another $3 million, it wouldn’t be out of the question to assume he’s getting at least another seven figures to show up at the Sentosa Golf Club’s Serapong Course this week for the SMBC Singapore Open.

In a statement of Spieth’s star value, Golf Channel is airing each round of the event live. Due to time differences, the third round will be aired late Friday/early Saturday from 11 p.m. to 3 a.m. with a replay from 10 a.m. to 12 p.m. Those times will be duplicated on Saturday night/Sunday morning.

The ladies of the LPGA get their season underway this week in the Bahamas at the Pure Silk Bahamas LPGA Classic with a field that originally included World No. 2 Inbee Park. However, an opening-round 80 made her reconsider her presence and resulted in a withdrawal. Stacy Lewis, Michelle Wie and Lexi Thompson, amongst others, remained for the first two rounds.

Both Saturday’s third round and Sunday’s final round will be broadcast on Golf Channel from 3-5 p.m.

*Note: all times given in this story are Eastern Standard Time.