Where Do Golfers Rank Among World’s Most Marketable Athletes? 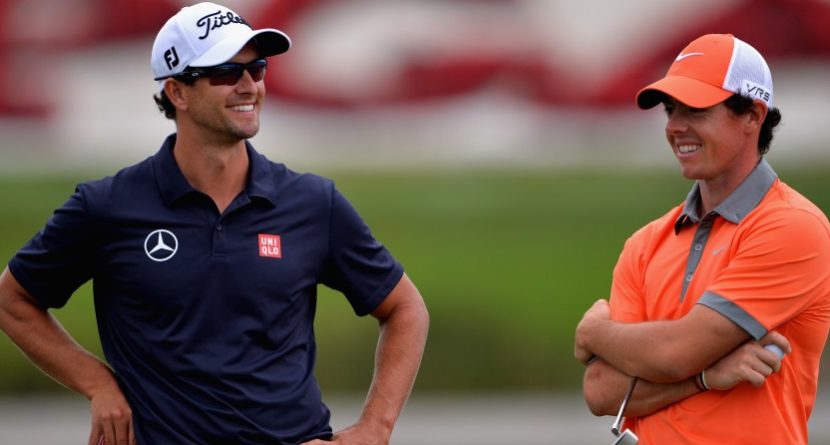 That finding comes courtesy of SportsPro, a UK-based magazine focused on sports industry news and business. With some help from Eurosport, the European sports TV network, SportsPro compiled a list of the world’s 50 most marketable athletes. Not the most marketed (that list can be found here, and includes all the usual suspects), but the most marketable, which makes for an interesting list.

Scott comes in at No. 12 overall, based largely on his 2013 Masters victory, which helped him become one of the most popular figures in his homeland, Australia. But by working with brands such as Titleist, Rolex and Mercedes Benz, Scott’s face has grown more and more recognizable across the world.

“Scott scored more highly than the likes of Tiger Woods and Rory McIlroy in a recent Repucom study aimed at finding the most marketable player in men’s golf and is highly regarded by sponsors for his articulacy, humble demeanour and athletic appearance,” the report said. The next golfer on the list is the sport’s “next big thing,” Jordan Spieth. The 20-year-old American ranks 19th, and his seemingly limitless potential factors heavily into his ranking. Spieth already boasts deals with heavyweights such as Under Armour, Rolex, AT&T and Titleist, and could be half a dozen years or so from even reaching his peak.

Says Matt Mirchin, the senior vice president of global brand and sports marketing at Under Armour, “We’re thrilled that Jordan Spieth is part of our family and we see that relationship going on for an extremely long time. He could play golf for 30 years and we think he could be one of the best to ever play the game.” Many golf pundits and fans are pining for Rory McIlroy to be the “next big thing.” At 25, he still could be, but his form dropped off considerably in 2013, after he won a major in both 2011 and ’12. McIlroy comes in at No. 24 on the SportsPro list, the third golfer.

He owns deals with Nike, Bose and Omega, and his game has been better early in 2014. But this ranking came before McIlory broke off his engagement to tennis superstar Caroline Wozniacki this week. Considering he ended things because “the wedding invitations issued at the weekend made me realize that I wasn’t ready for all that marriage entails,” McIlroy’s public perception may take a hit. Wozniacki also cracked the list, sneaking in at No. 48. But Scott, Spieth and McIlory were the only golfers in the top 50.

Related Link: A Look at the 17 Men to Hold Golf’s World No. 1 Ranking