Where Does The European Ryder Cup Team Stand In The Wake Of Brexit? 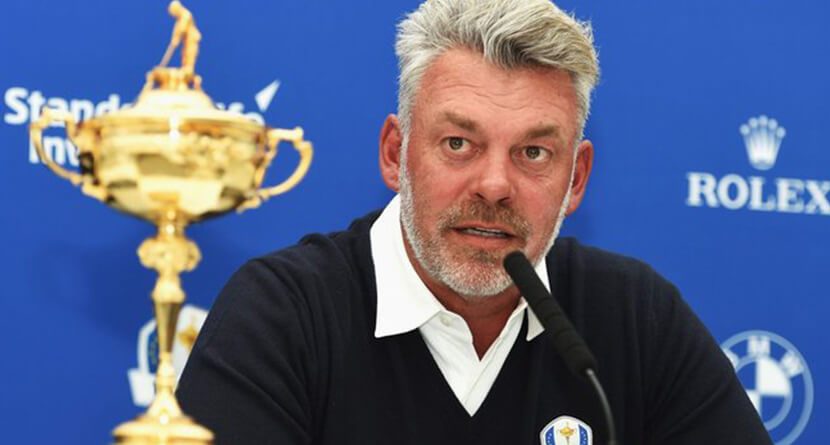 The United Kingdom voted to leave the European Union last week leaving many to question not only the political and economic fallout from the vote, but also how it could affect many of their sporting allegiances. Whether it be golf, soccer, football, everything that had become normal in the European Union was to be revisited in the countries of England, Scotland, Wales and Nothern Ireland.

With #Brexit and the way the US presidential race is going…. Can we take a mulligan on 2016??

When golf fans think Europe and golf — especially in even-numbered years — the Ryder Cup is on the short list of things that spring to mind. In the wake of the Brexit – Britain’s exit from the EU — the European Tour was able to put everyone’s minds at ease.


ESPN.co.uk’s Leo Spall has the details:

The European Tour has been unmoved by the referendum vote in favour of Britain exiting the European Union and the team’s branding and identity will remain unchanged.

A Tour spokesman said: “In terms of the flag flown to represent the European Ryder Cup team, we consider that the blue and gold flag of Europe represents the continent of Europe and, as a broad symbol of Europe as a whole, we therefore plan to continue to use it.”

The Tour has confirmed that it plans to have the EU’s ring of stars on a blue background as a key part of the badge on team kit as it has before. With the details of how Brexit will work still to become clear, the Tour doesn’t see the need for any other immediate changes.

However, its days being based at Wentworth in Surrey may be numbered. “Like all global companies whose main headquarters are in the UK, we are now in the process of assessing the implications for our business following the result of the referendum vote on June 23,” the spokesman said.

“In terms of tournaments appearing on the European Tour international schedule, including those in the UK, we do not believe that the result will have any impact.

“The UK remains a geographical part of Europe, even though it will no longer be part of the political or economic structure of the European Union.

For the Euros, the European Tour provided a quick rebuttal to any rumors that would suggest otherwise and fans could exhale rather quickly. For Americans, the hope that the road to Ryder Cup glory may have been just a little easier is out the window.

The Ryder Cup is only 91 days away.