Who Are The Coolest Guys In Golf? 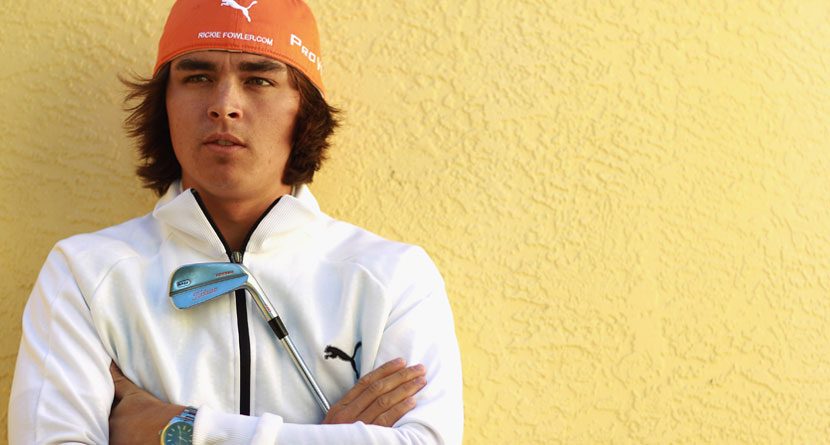 When it comes to being cool on the golf course, no one seems to do it better than Fred Couples. However, in case anyone needed validation, Golf Digest voted Couples as the coolest golfer…of all time.

As a recent article in the Chicago Sun Times suggests, Freddy wasn’t even aware of the poll.

‘‘I don’t know where that was,’’ Couples said when first informed of his most recent recognition. ‘‘On the Champions Tour?’’

See? Freddy’s so money that he doesn’t even know it! That’s the epitome of “cool” in my book. Just living life, doin’ what he do. Have you ever seen James Dean and Freddy in the same room together? Exactly; you haven’t. (Trust me, that analogy makes sense.)

But while Couples is the undisputed King of Cool, there are a few others who may lay claim to his title in the near future.

For example, two-time major winner and World Golf Hall of Famer, Ernie Els has a certain smooth swagger to his demeanor and style of play. Even when in the middle of a major championship final round, Ernie never seems to rush himself or lose his cool.

Rickie Fowler may be in the younger crowd, but his blasé approach towards his wardrobe screams “cool” no matter how you look at it. Paint-splatter designs all over your clothes? Rickie’s nailing it. Decked out from head-to-toe in fluorescent orange? Rickie made it a golf course staple. He even has kids dressing like him at golf tournaments, thus making Fowler the Pied Piper of Color Palettes.

Let’s not forget about Jason Dufner, either. This guy is so damn cool that people often wonder if he’s actually sleepwalking. In fact, I’m still not convinced that Dufner knows where he is at any given moment. He just kind of wanders.

Last but not least, there’s the King himself: Arnold Palmer. If Fred Couples is the King of Cool, then Arnie has to have his own Dynasty of Coolness. Do you know anyone else who had a legion of fans that earned the designation of an “Army”? Not only that, Palmer’s got a delicious beverage named after him. It doesn’t get much cooler than that.

Who is The Coolest Guy in Golf?