Who Is Baba Booey and Why Do Golf Fans Yell That Name? 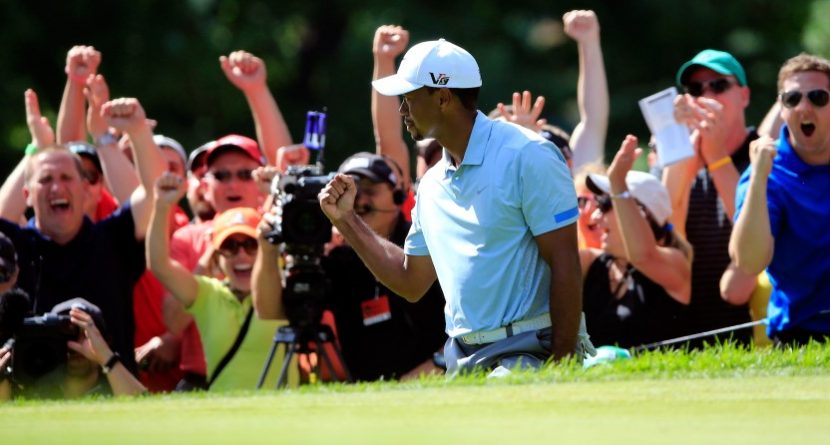 Who or what is Baba Booey? It’s the nickname for Gary Dell’Abate, the executive producer of the Howard Stern radio show, which is based in New York City. Why do people incessantly yell that at golf tournaments immediately after a player swings? Who knows.

What we do know is the name came about in 1990, when Dell’Abate was attempting to explain an animated cel (a see-through sheet on which traditional cartoons used to be drawn) he wanted to buy. It featured Quick Draw McGraw and his sidekick, Baba Looey. However, Dell’Abate accidently said, “Baba Booey.”

Stern and others on the show immediately began ridiculing Dell’Abate, who responded by saying no one would even remember what he said in 24 hours. Thus, Stern show staffers made sure no one forgot. Twenty-three years later, the name lives on.

Because of it, Dell’Abate has cashed in on a bit of fame. He wrote a New York Times best-selling autobiography entitled “They Call Me Baba Booey.” BabaBooey.com is Dell’Abate’s personal website. He’s appeared on numerous late-night talk shows. And it’s become common to yell out “Baba Booey” on live television.

One of the most infamous prank calls came in 1994, when a man who called himself “Robert Higgins” called into ABC News during the O.J. Simpson car chase and spoke with Peter Jennings:

Before long, random people – or maybe just this one guy – began running up behind TV reporters giving live on-site reports and screaming “Baba Booey,” among other things:

And it’s now probably the most oft-used phrase shouted after a golfer hits his ball:

Of course, the folks at the “Howard Stern Show” enjoy their unexpected fame at golf tournaments: